Young people are in danger of becoming narrow-minded

The language of “U-turns” and “sell-outs” in public life might be deterring a generation from questioning their views, and the views of others. Could this be harming our personal and intellectual development? Iona Bain asks whether we’re becoming hostile to reasoned debate…

“You turn if you want to,” Margaret Thatcher once said. “The lady’s not for turning.” Although personally, I much prefer the version of this in the BBC sketch show “Burnistoun” in which a young lad, after a bad trip, starts dressing and acting like the Iron Lady on his local council estate (just imagine someone shouting in a broad Glaswegian accent “This lady’s no fae turnin!”)

Switch on the news, scroll down your newsfeeds or open the newspaper and chances are that the words “u-turn”, “about-turn” or the more chic “volte face” will crop up at some point. They will usually refer to the government or opposition changing its mind about a policy, at which point a whole class of journalists, it seems, will cry havoc and let slip the dogs of war (or rather the clichés of news reporting).

The latest U-turn is the news that the government will scrap its policy to introduce a secondary annuities market, which was heavily criticised by experts over fears that it would lead to people getting a poor deal on their retirement income. It seems the government heeded the warnings and saw the light, but it will undoubtedly be faced with criticism for mooting the idea in the first place.

While many political journalists do a good job of holding elected MPs to account on a range of issues, many others resort to the classic U-turn in the absence of any thoughtful analysis. They are also under pressure to feed the ravenous beast of 24 hour news. The need to update online news sites and social media means we (or rather a certain class of society that have made this their fulltime occupation) obsess about the minutiae of political and economic activity.

As more journalists and online bloggers (eh hem) become able to write about these subjects, we have unprecedented levels of access to information about what’s going on. While that may seem like a good thing, it can also mean that we get things out of perspective. The natural flotsam and jetsam of public life is scrutinised in a way that would not have been possible a generation ago, and is possibly not advisable or healthy today.

As a journalist, I have to admit that I may have played my role in this. A look through my back catalogue may reveal cases where I have slammed (for it is very frequently “slammed”) someone for their U-turn in some area. This type of story has become a bit of a rite of passage for journalists, but every artist has their dodgy B-sides as well as their greatest hits, particularly when they’re young and still finding their way. And this is my central point; we should be allowed to make mistakes, try out new ideas and change them when we decide they no longer work (particularly in light of new evidence). While that doesn’t give politicians carte blanche to go all wobbly and experimental on us, it certainly can create a more helpful dialogue about the ways we learn and develop our critical thinking.

There is a limit to how much politicians should be allowed to rethink their policies, of course. Otherwise it creates the dangers implied by Groucho Marx when he joked; “Those are my principles and if you don’t like them…well, I have others.” A good example of this is Nick Clegg. When the former deputy prime minister failed to exercise his power (however limited) to stand up to the Conservative government and maintain his party’s stance against tuition fees, young people were rightly outraged. It was a central plank of Liberal Democrat policy, a fundamental principle outlined in their manifesto that (presumably) had been carefully thought-through based on the evidence. Politicians, economists and activists can’t just contradict deeply-held values because maintaining them is difficult or they want to keep the peace or it benefits their careers and families (which is why many people are understandably bemused that Labour peer Shami Chakrabarti, who is an outspoken critic of selective schools, tried to get her son into Eton).

However, we are committing an intellectual fallacy when anyone who is open to reasoned argument and willing to consider new information is written off as unprincipled, while those who fix their views in aspic are  seen as morally upright. In his book “Black Box Thinking”, the writer Matthew Syed quotes an economics expert who says that the chances of an economist switching their school of thought are as high as the chances of a Christian converting to Islam, and vice versa. When you see how much economists try to sway our thinking (particularly during the recent Brexit debate), is it right that they can be so dogmatic?

When you are grappling with the big subjects in life, it’s easy to be drawn to those who seem so sure of what’s right and wrong. It’s one reason that Jeremy Corbyn is so popular among young people; his dogged and unwavering brand of politics can easily be confused with the virtues we think are necessary for high office. While principles are crucial, they aren’t the whole story. Should Mr Corbyn ever get into power, it seems fanciful to believe that he could single-handedly banish the need for compromise, careful consideration of what actually works and adaptation. Should he accept this reality, I wonder whether his followers would lose their faith and call him a sell-out.

If so, that mindset is worrying. I see signs that this generation might be losing its ability to critique what they see and hear, think freely and understand differing viewpoints (if indeed they had that ability in the first place?) Research from Reuters shows that half of all people aged under 25 get their news from social media. Yet Facebook only selects fresh content for your newsfeed from websites that you have already visited. So if you only read articles on the Guardian website, for instance, you would continue to get input only from that source. When you consider how biased all news reporting is, and even the BBC cannot possibly maintain total neutrality, it’s disturbing to think that young people are  having such a narrow strata of information reflected back at them. In a cognitive phenomenon known as “confirmation bias”, we tend to seek out information to cement views we already hold or find comfortable but it seems that Facebook is now doing all the hard (or should that be easy?) work for us.

Furthermore, young people who have limited life experience may have only come into contact with people similar to themselves (in background, race, class and lifestyle), so it’s not surprising that their peer group – and the views they express through social media – can be fairly homogenous. And then they share the news THEY favour, shrinking your horizons even further.

It is very tempting to fall in with others, particularly the ones who shout the loudest and the longest. They’re the ones who seem most convinced of their rightness. But what happens if we too become convinced of our rightness, and come across someone who thinks differently? This summer, I have come across several young people (and ones who are old enough to know better, actually) who are incredulous if you utter a different view from their own. No matter that you’ve thought out your position carefully and done it in accordance with your conscience. Often, they don’t want to genuinely hear what you have to say so they can consider the merits of your argument. They just want to tear it down and reiterate their own position. And if you say something that challenges their view, or suggests that they haven’t thought deeply enough about it, they’ll shut you down. “I don’t want to talk about this,” and “You’re wrong.” Since when did these become acceptable, commendable ways to debate?

When I was at school (comprehensive), I was in debating society (attendance: three). We were told we must never criticise the debater themselves, or even the way they were conducting the debate – only to point out the flaws in their argument or other ways to look at the subject. I always remembered that lesson. Maybe it should be mandatory for all school pupils to attend debating society so they can learn how to conduct a vigorous but respectful discussion.

But to be honest, sometimes it shouldn’t be about the cut and thrust of debate, as we don’t want to conduct our lives like PMQs in parliament every Wednesday. That’s part of the problem; what we see in politics is just a magnified version of the school playground, with immature schoolboys and girls hurling insults at one another. No wonder young people want to tune out of it all, just say “you’re wrong” and let that be the end of it. Jeremy Paxman said recently that he could never be a politician as that would mean being in a state of “arrested development”; once an aspiring politician joins the Conservative or Labour society at university, that’s it, their beliefs are set for life and they can never allow themselves to be questioned (if only by their internal devil’s advocate).

We should be able to tolerate different perspectives, wherever they may come from, as intellectual humility and open-mindedness have to be two of the greatest qualities we can hope to possess. Friedrich Nietzsche once said: ““The surest way to corrupt a youth is to instruct him to hold in higher esteem those who think alike than those who think differently.”  In that regard, I definitely aim to be more Nietzsche than Thatcher. Make of that what you will… 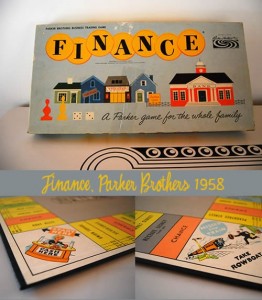 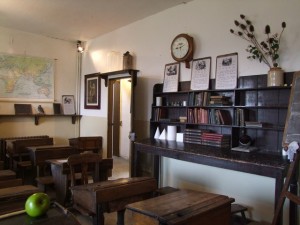 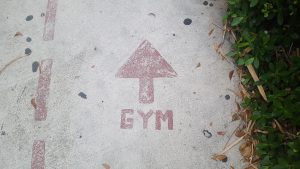