Would scrapping stamp duty for downsizers open up homes for the young?

Older homeowners looking to downsize should not have to pay the Scottish Government’s land and buildings transaction tax (LBTT) on their purchase in a bid to free up homes for younger buyers and re-energise the country’s flagging property market, housing experts have claimed.

The UK Government is expected to publish its Housing White Paper this month, setting out a number of measures that will incentivise property-rich baby boomers to swap their sprawling homes for more modest abodes – one of which could include stamp duty relief for downsizers in England, Wales and Northern Ireland.

Now, the Scottish housing sector has called on Holyrood to scrap its equivalent – LBTT – for “silver sellers” north of the Border and address a chronic shortage of properties for the older population.

“There are thousands of people living across Scotland who would be keen to downsize if they were offered the right incentive,” said Jeremy Blackburn, head of UK policy at professional body the Royal Institute of Chartered Surveyors (RICS).

“Underused larger homes are not conducive to a dynamic housing market, and therefore exploring new ways to enable down-sizing could make a sizeable -contribution to solving the housing crisis.”

It comes as new figures from RICS show a slow-down in property transactions as the end of 2016.

The findings showed that the number of potential new homebuyers in December was only “marginally positive” with two per cent more chartered surveyors seeing a dip in sales across Scotland last month.

There was also a fall in the number of chartered surveyors predicting higher sales in the coming three months – 15 per cent compared to 26 per cent in November.

Nicola Barclay, chief executive of Homes for Scotland, suggested that LBTT may be having a “detrimental impact” on the housing market some 20 months after property taxation was devolved to the Scottish Government.

“The impact of the new rates varies between market segments but a real additional burden has been placed on some buyers,” she said. “For instance, there is a disproportionate effect in regions such as Aberdeen, Aberdeenshire and Edinburgh, where the average family home commonly exceeds £325,000.”

Ms Barclay argued that LBTT is clogging up the market due to the fact that a 10 per cent levy kicks in on purchases over £325,000, in contrast to stamp duty in the rest of the UK where this higher rate only applies to purchases over £925,000.

“Given that people purchasing at the higher end of the market tend to be discretionary movers, our concern is that, by staying put, they block others from progressing onto or up and down the property ladder and thus exacerbate the country’s housing crisis,” she added.

Another problem is the paucity of desirable homes for those trading down the Scottish property ladder. A report published last year by the estate agents Savills argued that developers and housebuilders have failed to provide enough homes for the older generations, with relatively high land prices and an inconsistent approach to planning across Scottish local authorities also putting the brakes on downsizing.

Mr Blackburn said: “For any financial incentives [for downsizing] to work effectively, there needs to be suitable accommodation for those individuals wishing to move. Critically, this needs to be in areas where they would wish to remain.”

This could be why only 10 per cent of Scots aged 55 and over have downsized, according to a 2016 survey conducted by housebuilder McCarthy & Stone.

Despite the low take-up, downsizing has the potential to offer large gains.

A report from Bank of Scotland last year suggested that someone moving from a detached to a semi-detached property in Scotland could net a windfall of up to £100,000, while those trading down to a bungalow could earn an average of £66,000.

However, separate research from Old Mutual Wealth and the Tax Incentivised Savings Association has suggested a far more modest windfall of £50,000 at most for Scots selling up.

Annie Shaw, founder of financial website CashQuestions, said anyone considering downsizing should make the move ahead of retirement and pick a low-maintenance property with minimal gardening requirements.

“It’s not for everyone, but hanging on to a house that’s too large, is expensive to heat, far from facilities when you can no longer drive and unsuitable for someone with restricted mobility is far worse than striking out for pastures new – if you are able to do it,” she said.

For those not keen to move, Jon Greer, pensions expert at Old Mutual Wealth, suggested equity release as a way to release tax-free cash from a home’s value.

“While people are sometimes wary of equity release due to past practices, the market has moved on and equity release lending passed Pounds 2 billion for the first time in 2016.

“With proper advice, it could be a useful option for people to consider,” he said. 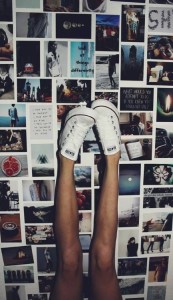 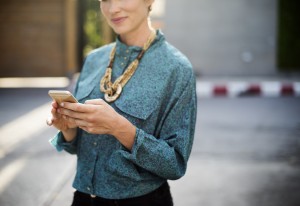 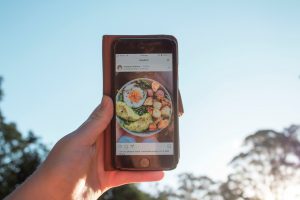