Will this be a Budget of intergenerational fairness?

You may have seen me chatting on BBC Breakfast this morning about Budget 2017, specifically about my hopes and expectations for it – both of which are sadly very wide apart.

My hopes are very wide-ranging; that the National Living Wage will be extended to the under 25s, that the Chancellor will actually put a date on when he will ban usurious fees charged by letting agents (have you noticed that particular policy nestling very nicely in the long grass?) and that Insurance Premium Tax & the recently-proposed Ogden Rate changes will be waived for the under 22s when young drivers are at serious risk of being priced off our roads – you can read about why that’s unfair here.

The reality? Don’t expect any fireworks.

It is very good news that subscription traps will be scrapped. We have warned of these dangers before. But this really feels like a placeholder Budget, and it’s ironic that Philip Hammond has been the Chancellor to lament the unnecessary tinkering and pressure to conjure up tokenistic “rabbits from the hat” when this Budget falls so quickly after his rather unspectacular Autumn Statement and not so soon before, er. the ACTUAL Budget later this year. Confused? I don’t blame you.

Also, Old Hammond really doesn’t have much to play with in the coffers. Given that the Institute for Fiscal Studies has already told us to all to brace for tax rises and lower growth while we Brexit our new into a new economic way of things, it’s fair to say that the Chancellor will be looking for every little gimmick that won’t be too much of a strain but will create maximum “feels” among newspaper editors the next day.

But he won’t be spraying around the cash except in areas where there will be huge cultural and political pressure to do so – I’m thinking health, social care and pensions, which take up the biggest chuck of our national expenditure.

The first two will be debated by many in terms of fairness and affordability, but it is the third that is of interest to those who care about Young Money. Should today’s taxpayers (many of whom are young workers) who have the shakiest financial foundations out of any demographic really be receiving less income than those who are retired, many of whom already have significant property wealth?

“Wait, hang on, did I just read that correctly?” you’re thinking. “Pensioners are earning more than working households?” Yep, you don’t need to go to Specsavers, that is correct. According to research published this month by the Resolution Foundation, typical pensioner households are now £20 a week better off than typical working age ones after housing costs. This is in marked contrast to 2001 when typical pensioner incomes were £70 a week lower than working age ones.

So can we really keep up the fiscal pretence of a triple lock when even MPs warn of a huge likely disparity between what today’s pensioners get and what WE are likely to get when we (belatedly) say goodbye to the world of work and say hello to the world of slippers?

The government’s intergenerational fairness committee have run the rule over the government’s current pension spending. The verdict? It ain’t sustainable and creates the risk that our welfare state will not be able to provide even the most basic of safety nets for future generations.

Even the chair of No 10’s policy board, George Freeman, has said this situation “can’t go on”. Yet the government has committed to the triple lock for the life of this parliament, and going back on this risks the considerable white hot fury that belies cosy old Middle England. You do not want to get on the wrong side of voting babyboomers!

The result? Lots of policies that are favourable towards pensioners. Oh, and homeowners, the government would say, because Help to Buy and the Lifetime Isa are actually paying young people hand over fist to help them on the housing ladder. Surely that’s helping the generation of tomorrow?

Except Help to Buy is being wound up by Theresa May, having imposed many caveats and small print on would-be applicants, and the Lifetime Isa is not exactly LIFT OFF…

How many banks and building societies will be offering us cash Lisas come the official launch date of April 6th? Precisely zero.

A handful of execution-only brokers will offer investment Lisas amid swirling alarm that many people will opt out of workplace pensions (and those valuable employer contributions) and divert their leftover cash into an investment Lisa.

To be fair, a lot of these problems are down to a bloody-minded financial sector that has got very settled into the lucrative pensions groove, often without due care as to whether us savers were getting a good deal, and is now highly resistant to any change. Our generation is sleepwalking into pensions disaster due to inadequate contributions and a messy patchwork of regulations, as I argue here.

But we certainly don’t want to have a case of “out of the frying pan, into the steaming hot volcano that swallows all it touches”. Is there going to be a robust system in place to ensure that a) people who take out the LISA are properly advised as to what they’re getting into and b) told in no uncertain terms how costly it would be to withdraw from the Lisa early?

The Lisa will definitely suit some people – full disclosure, I am taking one out and will talk about this very soon – but it’s certainly not for everyone and there are lots of unanswered questions surrounding it. Will Hammond give us the low-down on how this baby will actually work come Wednesday?

Maybe. Surely that’s the least he can do for us young folks, in the absence of any real progress being made in the name of intergen fairness? 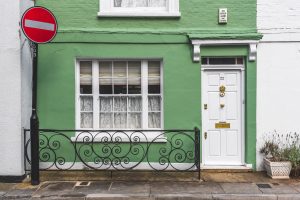 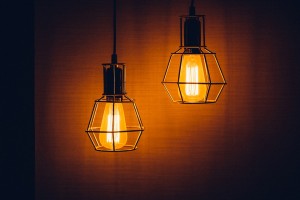 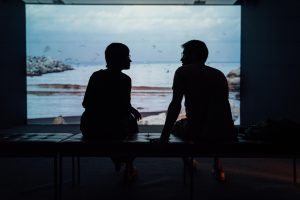