Will the People’s Trust help clean up the financial industry?

Yesterday, I reported on Theresa May’s plans to give workers a greater say on executive pay and highlighted the fact that asset managers, who oversee our pensions and investments, are allowing these excessive rewards to go unchecked, despite their considerable power as shareholders.

Companies with runaway rewards and needless bonuses for top brass are actually damaging to our economy, as well as being grossly unfair to employees whose salaries are stalling. Asset managers have a considerable responsibility and duty to hold these companies to account – and they are failing miserably.

Against this backdrop, I recently had the pleasure of meeting Daniel Godfrey, former chief exec of the Investment Association, who has been drumming up support for a highly intriguing prospect…

What if “investing” didn’t have to be a dirty word, but a chance to make some decent returns and help repair this warped executive system in the process?

I can see the appeal of that for a generation of young people who desperately need to get more from their money, but are instinctively queasy about the stuffy and self-serving world of investments. Their nausea isn’t without justification. The financial crash has concentrated minds on the inequality that modern-day capitalism seems to be fuelling at an astonishing rate. Wave after wave of financial scandals seem to confirm suspicions that the financial sector really only want our money to feather its own nest, rather than do what’s in our interests. Only in the last month did the FCA (i.e. the watchdog of the financial sector) criticise asset managers, who oversee our pensions and investments, for charging too much and delivering too little.

So it’s apt that Daniel is now coming up with an alternative, especially since he had to resign from the IA last year after failing to convince leading fund managers to sign up to a statement of principles aimed at making fund charges clearer.

He has now founded the People’s Trust, an investment trust which will back social enterprises and charities in a bid to deliver sustainable, consistent returns for investors. The People’s Trust has been seeking founder members to contribute £10 or £20 for start-up costs over the last month and reached its £100,000 funding target last week. Founders will receive a discount on shares issued in the trust, which will launch early next year. 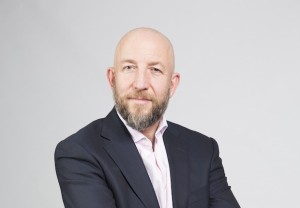 I asked Daniel a little bit more about why the FCA is only taking action on investments now, what the People’s Trust is about and how it might help young investors to change our corporate culture (and economy) for the better…

ME: Why was the FCA review such a long time coming? Many won’t understand why it has taken regulators so long to act. Why do think progress has been so slow, despite your best efforts while you were at the IA?

DG: Financial regulation in the shape that we would recognise it has been around for twenty years. And although there have been many scandals and there’s still a lot of room for improvement, you’ll never see the things that have been prevented from going wrong by good regulation. Being a regulator is a tough gig! After the global financial crisis, the focus was naturally on banks, so it’s taken a while for the spotlight to shine on investment management. Inevitably, firms prepare for the exam questions they’re going to be asked. When something new gets asked, they may not be so ready.

At the IA, I was basically saying, let’s lift the stones that haven’t been lifted for a while for ourselves and take a look underneath them. And if we find any ugly creatures under there staring back at us, let’s clean them out for ourselves before the regulator does.

Unfortunately, whilst that may sound obvious, that’s easier said than done. When things are going as well as they have done for investment managers, it’s understandable that some people just won’t want to take the risk of proactive change. If you wait for the regulator to do it, it may take ages and when it happens everyone is in the same boat.

IB: What do you think was the most encouraging conclusion reached by the FCA in its review?

DG: The most encouraging conclusion was that funds should make clear statements of their objectives, strategies, benchmarks measures and timeframes and that they should have an all-inclusive single charge (Do you see what I did there? I used two conclusions!) In combination, they allow consumers to see what they are being promised and how much it will cost. This means they can compare offers and prices. It also means that they can hold managers accountable for what they deliver because they’ll have been told how to measure successor failure.

IB: How big is this review in terms of changing outcomes for investors?

DG: Well this is only an interim report and the remedies proposed are subject to consultation and possibly more lobbying against them by people whose interest may be threatened. But is they were adopted, it would be a game changer. If we’re lucky, it will push investment management into optimising its potential to improve the financial security of its clients and have a positive impact on GDP growth, jobs and even climate change.

IB: Could this be the active fund industry’s best chance of staving off the threat from passive investing? Why should people continue to consider active?

DG: Yes – if it pushes active into being real active. That means only buying shares in companies that the investment manager believes are going to generate a good return over the long-term and engaging with those companies to ensure they succeed whilst behaving responsibly towards customers, employees, the environment, communities and society as a whole. Active managers who can do this well will deliver the returns that clients need and play a part in making the world a better place.

IB: Describe how the People’s Trust has a simpler model and how it differentiates from the traditional fund model.

DG: It’s not going to be obsessed with “beating the market”. It’s aiming to deliver good total returns over long periods of time (at least seven years) with a high, conviction, low-turnover, long-term, high-engagement approach. We believe that this can deliver better returns to patient investors and have a better impact on society. We’re also going to be a mutual, 100% owned by our customers. That’s not unique, but we’re going to structure ourselves to ensure we maintain our intent to put customers first by having an independent Board, a Shareholders’ Committee and by not paying our Executives any bonuses. Instead, they’ll be paid part of their salary in shares, bought at the market price, and they’ll have to hold them for at least seven years. That creates complete alignment of interest.

IB: Which investors are you hoping to target (or rather inspire!) the most?

DG: That’s another point of difference. We’re aiming to be attractive to everyone! But perhaps most importantly, we want to be accessible to almost anyone. And we’re going to do that by offering a savings account and an ISA as a shareholder service from £10 a week.

MORE INFO: The People’s Trust is likely to start out with charges of 1 – 1.5 per cent, though this will be brought down by economies of scale over time to one lower, flat charge. The People’s Trust will also not pay its executives any bonuses and will insist that they earn part of their salary in shares, bought at market price, which will have to be held for at least seven years. Interested? Check out thepeoplestrust.co.uk… 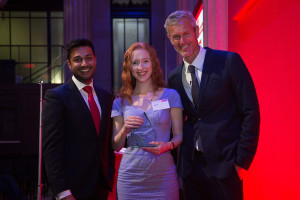 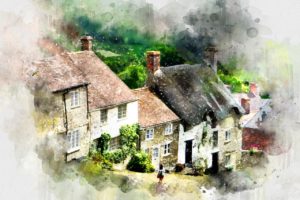