Will the Housing White Paper be a betrayal of young buyers?

Last week on the blog, we touched on the government’s unconfirmed plans to waive stamp duty for homeowners as part of its Housing White Paper, expected any day now. This followed my most recent article in the Scottish Herald newspaper, quoting various Scottish housing experts who believe it might be time to reform property taxes north of the border (since they differ from stamp duty south of the border).

The big ol’ HWP is expected to be the Conservative government’s blueprint for tackling Britain’s housing emergency. Sajid Javid, secretary of state for communities and local government and the man who will present the HWP to the public, has a lot to live up to. Right now, young hopes are riding on innovative, brave and sweeping reforms of the housing sector that are long overdue and desperately needed.

Should they bet on this happening? I think we all know the answer.

The consensus seems to be that the government will shirk any really difficult reforms necessary to shake up the housing market –  an overhaul of planning regulations and attempts to curtail NIMBYISM, for example – by throwing its core voters another juicy bone; a stamp duty holiday.

This is despite the fact that down-sizers already have a cushion of equity in place to help absorb stamp duty costs – i.e. the proceeds from the sale of their home. First-time buyers don’t have that privilege, having to whip up a deposit from thin air on starter wages and slender savings post-tax (and post auto-enrolment, let’s not forget).

Also, the homes that downsizers will vacate are hardly going to be snapped up by first-time buyers, or even second-time buyers who may have taken on a whacking great mortgage, laid down roots in a particular area and have generally moved heaven and earth to get whatever house they could in the first place. How many of them are even fantasising about the next step up, let alone able to make it happen?

As with most of housing policies seen in recent times, it appears that those already in a position to move onto or up the ladder would benefit most from this selective stamp duty change – but not the vast chunk of ordinary first-time buyers who could really do with onerous stamp duty being axed altogether.

It seems utterly perverse that a government apparently determined to make the housing market fairer and more egalitarian should ignore the most obvious thing it could do to help first-time buyers – giving them a break from bloody stamp duty, for goodness sake.

Full disclosure time; I benefited from the last stamp duty holiday in 2011 and saved an absolute packet, making a huge difference to my ability to buy my first home. This was in the era of the universally condemned “slab” stamp duty when being £1 over a cretain threshold would suddenly a much greater tax bill, but it seems even the tiered system is not that much softer on first-time buyers, many of whom can expect to pay £1000 to £2000 on a nice starter home outside London (in the capital, you would typically incur a ludicrous stamp duty bill of £10,135, based on an average first-time property costing £402,695). A stamp duty exemption would also be godsend to hundreds of thousands of other homebuyers; recent research from Halifax shows that seven in ten first-time buyers now have to pay stamp duty due to ridiculous house prices.

Furthermore, directing any tax freebies towards downsizers will simply exacerbate the simmering inter-generational war (which has so far remained amicable but can always tip over into outright resentment and possibly extreme behaviour if young people are pushed too far).

And it might not even be that effective. James Greenwood of Stacks Property Search says: “This is a politically toxic move on the part of the government and is insufficient in the face of the scale of the problem. Many people would take the view that the older generation who have too much space should be penalized by inflicting a spare bedroom levy, rather than incentivised to move somewhere smaller.

“The reality is far from simple. In our experience, it is rarely finances that is the obstacle to downsizing. More significant are a fear of change, a reluctance to deal with the hassle, and indecisiveness as to what to replace the existing home with – i.e. failing to grasp the nettle and get on with making the move.”

So if the government is nor quite as close to dotting the I’s and crossing the T’s as the media thinks, perhaps it has time to rethink any potentially divisive housing policies that will aggravate our lopsided housing market and give little succour to first-time buyers who aren’t just the lifeblood of our housing market, but our consumer economy as well. 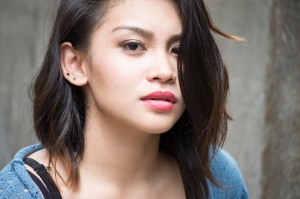 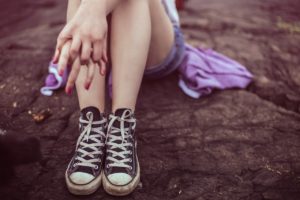 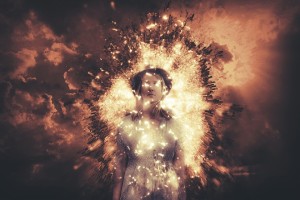 PreviousShould we be worried about China?
NextAn insightful chat with Paralympian Hannah Cockroft