Why flexible working works for the young – and the economy

It may have only been a year ago but, for many people, the London Olympics seems like a dim and distant dream. But will the notion of flexible working, which briefly flourished during this period, live longer in the memory?

A survey carried out by the Institute of Leadership Management last year indicated that many companies in the capital switched to a more flexible working model for employees during the Games. This was partly because of hysterical but ultimately unfounded predictions that the Olympics would turn ordinary life in central London upside down, making it near-impossible to travel in and out of the capital.

The need for flexible working may have been dramatically overstated prior to the Games. But all the doom-mongering actually did us a favour.

Younger workers often have to live in expensive cities and commuter towns. They move away from home to find the right jobs, often giving up the chance to buy their own home in cheaper parts of the UK in the process. They get trapped in the renting vortex, their disposable income chewed up by high bills and travel expenses.

All so they can travel into a central office, sit at a computer and make calls all day long. No wonder that all this was brought into question once enlightened employees realised the requirement to be physically present in a workplace five days a week is not strictly necessary.

Of course, there are many vocations that require employees to be on-site, performing specific manual tasks, and this argument is not relevant to large swathes of Britain’s services industry. But technology has evolved to such an extent that a large section of the workplace CAN perform their duties at home, in a café or even on a beach, in a way that would have been unthinkable even five years ago.

The ILM survey found that many companies have continued to offer flexible working once they discovered how functional and cost-efficient it can be. Boris Johnson’s assertion that this model is a “skiver’s paradise” has been proven wrong.

A country’s productivity rate is critical to its economic prosperity. We are now starting to see a slight rise in the output among workers after a protracted slump in recent years. Yet we still have a sizeable productivity gap compared to other countries and there is a persistent view among experts that productivity has been permanently eroded by the recession.

Yet four in ten employees say they work as hard as they possibly can. Long hours and a heavy workload are clearly taking their toll, with stress-induced absence from the workplace costing UK PLC billions of pounds. Clearly, something is not right.

Helping young people in particular to work from home in more affordable parts of the country, or even giving them a break from the daily commute once a week, would give our economy a much-needed shot in the arm. We would quickly see a lift in morale, productivity and spending within this vital demographic. Money that would otherwise be spent on travel and ridiculously high rent could also go towards deposits for houses and pensions, which we all agree would vastly improve young people’s prospects. There may even be a renaissance on our high streets, completely torn apart by the rise of the internet, as young workers no longer regard online shopping at the end of a long working day (or week) as a more convenient option than visiting their local shops.

Last but not least, it would be brilliant preparation for young men and women who want to have a family in the future. They could gradually adjust to a model that allows them to keep up the same rate of work while caring for children. Otherwise, mums and dads have to cope with a sudden life-changing shift that is hard to handle after years of the daily grind.

All in all, Britain needs to make a concerted move towards flexible working – and not a moment too soon.

What do you think? Leave your comments below. 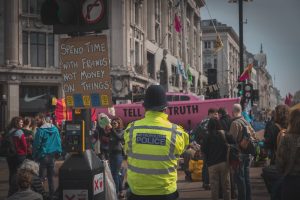 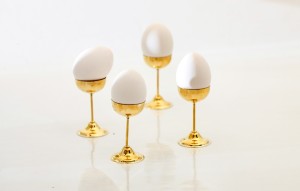 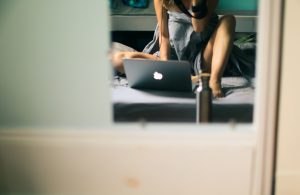