Until you hit your mid-twenties, you’ll be lucky to pay anything less than a small fortune for the luxury of driving a motor. Insurers say it’s a sad but necessary state of affairs, given our poor safety record on the roads.

Yet the boy racer stereotype belies a larger group of young people who want to get behind the wheel to gain social and economic independence, not to use Britain’s highways as their personal F1 circuit. Depriving them of this mobility through high insurance premiums is just another cruel blow to their prospects.

So how can we restore the reputation of young drivers AND ensure they understand the life-and-death responsibility of having a car?

There is now a very logical answer offered by some insurers; use telematics technology to monitor young drivers and reward them with lower premiums should they resist the temptation to cut corners and speed up. Some policies even come with an online tracking tool that allows policyholders to see what their driving has been like and how they could improve.

Yet recently, I’ve seen some murmurs of disapproval in the mainstream media. Some say this is a rather drastic, Orwellian step towards spying on young people.

What initially seemed like a helpful solution to an intractable problem has now been turned into a creepy conspiracy, part of the same American-led intrusion into our privacy as security cameras and the internet’s surreptitious methods for accessing our personal details. Critics say its particular sinister for parents, who are assumed to be picking up the bill for most young drivers, to be monitoring their every move in this way.

Add on top of that the inevitable scepticism around whether this actually works, and we have full blown resistance from many quarters.

Whenever you have innovation in the market, suspicion will surely follow. But I don’t buy the main arguments against telematics insurance.

I’ve always supported the idea of telematics insurance for young people in principle because I fail to see who loses out. Young drivers are incentivised to drive well, instilling a habit in them that should last long after those driving lessons fade from the mind. Parents who choose to use the black box both to cut premiums and sleep well at night should find both their bank balance and personal well-being enhanced. Insurers participating in these schemes will finally win the favour of cheesed-off youngsters and rightly gain new customers if such schemes are proven to work. Last but not least, society, in time, would no longer assume young drivers are a threat to our safety. There’ll be fewer senseless tragedies on the road, particularly among teenagers.

It was only in recent times that I’ve been able to put this into practice – and the experience only served to confirm my positive perceptions.

Disclaimer alert: the black box was offered to me on a trial basis for the Co-operative, and asked if I would like to write up my experience for them in their magazine. Only if I wanted to, of course. As it happened, I was more than happy to, because I found the black box really worked in making me a safer driver and reducing my premiums.

I signed up to the scheme as an autonomous, independent young adult, wanting to try it for myself in a bid to lower my premiums rather than as a ‘prove yourself’ exercise to my parents that psychologists would have a field day with.

Not everybody who could benefit from this scheme will be adolescents – many in their early twenties who have left home and want to cut their insurance costs will find this very useful.

When I signed onto my online “dashboard” after a month, I was delighted to see my overall score was at the ‘excellent’ level of 5. The read-out gave me an optimum score in three out of four categories (speed, my approach to corners and driving at safe times). Only my braking could do with some improvement (but nobody is perfect!)

During my trial, I wasn’t overly cautious, and my dad, who visited for a week, also used the car to make some whizz-bang trips round London. I can’t pretend he’ll be winning awards for his driving, yet it clearly wasn’t dangerous enough to provoke an angry reaction from the box.

I worried that the installation of this box would be long, tedious and mess up my Vauxhall Agila but it only took half an hour to be fitted by the man from the Co-op, and there was no trace of the box when I got into my car the next day. You could almost forget it was there.

Of course, that may prove to be the undoing of many boy racers. Those youngsters who don’t drive well will see their premiums rise – but you’ve got to hit them where it hurts.

And if their parents are tracking them through an online system, they would be forgiven for wanting to intervene. Having a stern chat with your kids about safe driving could prevent a tragedy. I don’t see anything wrong with that!

Finally, for those sceptics who wonder if the black box works, my premium worked out at £634, compared to around £737 from Admiral and around £742 with Diamond.

Therein lies my refusal to criticise the scheme – don’t knock it until you’ve tried it. 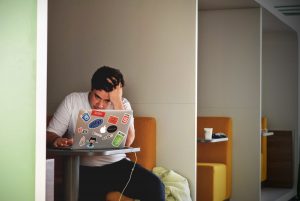 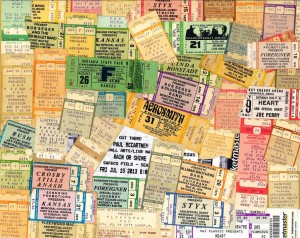 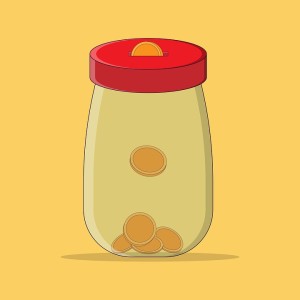