Over Christmas, I re-watched Die Hard and was struck by that most pervasive of film clichés; the morally repugnant journalist.

If you haven’t seen this film (which was released 29 years ago), SPOLIER ALERT: at the end of the film, the ethics-free broadcaster Richard Thornburg gets a punch from Holly McClane for shamelessly parading her kids on TV during the film’s cataclysmic events in a desperate ploy to win ratings. His appalling antics stoop to a new low in the sequel, when he phones in an alarmist news report from a plane that may be about run out of fuel (as he hides in the toilet) – only for it to be rather stupidly broadcast to the plane’s panicked passengers.

His profession is only partly redeemed in this rather reductive film universe by a rival broadcast journalist who actually belongs in the realms of humanity and allows our hero John McClane to hitch a ride in her news helicopter to catch up with the film’s villains.

The “journalist as bastard” trope is a familiar one trotted out again and again in films. I can only think of three that attempt to portray journalists in a half-decent light; All the Presidents Men (focusing on the Watergate investigation into Richard Nixon), State of Play (based on the BBC TV drama about a journalist that exposes a corrupt politician) and Spotlight, the Oscar-winning film of last year that showed how one American newspaper shone a devastating light on child abuse in the Catholic church.

It is this film above all that reminds me why we need newspapers. It is a must-watch for anyone quick to judge our media as a bunch of self-serving, irresponsible reprobates who prop up the status quo, promote dangerous values and exist purely to spread messages of hate and mistrust.

It is also a must-watch for anyone who has jumped on the fashionable press-hating bandwagon that rattles through much of our extremist social media these days. It is natural that, when such an alluring medium such as Facebook or Twitter exists and is free at the point of use – although highly costly in privacy terms and an extremely poor conduit for balanced and accurate information – suspicion and loathing will set in with regards to the “traditional” print media, which still makes the cost of quality news prohibitive for many people and patently isn’t doing enough to address young people’s problems and really unite with our demographic.

It is both instructive and alarming to know that the majority of young people (59 per cent) get most of their news online, with less than a quarter reading newspapers. You might think “good; those rags don’t deserve our custom.” Yet the majority of people, both young AND old, still get the vast bulk of their news from state broadcasters like the BBC – the regulator Ofcom has shown in its research that less than a third of the general population read even the most popular newspaper titles like the Daily Mail. So the argument that any one newspaper, or set of newspapers, is dominating our collective national dialogue and poisoning all our minds, and thus should be exterminated, is somewhat laughable, particularly when influential websites like Breitbart are showing us what REALLY extremist news coverage looks like.

Moreover, our news diet isn’t exactly a carefully choreographed balance of different subjects and views; for instance, personal finance just edges into the top 10 most read news areas for  men, according to Ofcom. It all but disappears off the radar for young people and women. This is despite the important work being done in personal finance journalism to enfranchise young women and bridge the true gender gap that festers in modern Britain. Take the brave Leah Milner writing in this week’s Sunday Telegraph all about the effects of her mental illness on her finances; that piece of journalism will have done more to help people than any number of angry, blustering “think-pieces” about our supposedly crooked press.

Where does the real surfeit of “fake news” reside? Is it a professionalised press where our legal system prohibits journalists from making false and unduly damaging claims? Or the Wild Wild West of the internet, where there is very little regulation or fact-checking, but plenty of click-baiting and sensationalist view-chasing, where anyone can call themselves a “journalist” if they are half-witted enough to set up their own blog? (Don’t look at me!)

In all seriousness, if someone is libelled (as opposed to just criticised) in a newspaper, we have a legal framework in which they can bring a claim and not pay legal costs if they win. This is fair. We have arguably one of the harshest legal climates of any advanced country for journalists to operate in. I vividly remember the stressful legal tightrope I had to walk when I worked for a financial trade newspaper just a few years ago. On the one hand, I was asked to investigate wrong-doing and malpractice wherever I saw it or was tipped off. But on the other hand, we had a legally conservative editorship that meant the inclination would be to “kill” a story UNLESS we had incontrovertible proof of wrongdoing that could be produced in a court of law. There is nothing intrinsically wrong with this so-called “burden of proof” – the alternative would be a system where I could make up a story on a whim and never be held accountable for it. However, it did mean that we already gave too much legal leeway to badly behaved banks and downright crooks. We do not need a system in which it becomes even harder to uncover the truth.

And this is what the so-called Section 40 clause of the Crime and Courts Act would do. The consultation for this has now closed and the arguments have been exhaustively made on both sides. But to summarise; if newspapers don’t want to bow down to a regulator privately funded by an individual with an axe to grind and populated with people who have publicly said they want to shut down certain newspapers, anyone could bring a vexatious claim against a title and pay not a penny in legal costs, even if they lose, should a judge decide this ought to be the case. This would mean that newspapers would have to stump up all the legal costs, even if the claims were true and proven. Section 40 would either financially cripple newspapers or prevent them from calling out people altogether, be it a tax-avoiding politician or a child abuser. A regulator’s job should be to ensure that the media prints accurate stories in the public interest, not to narrow down our newspapers to a selected few (and it would be very few) that print only the information it endorses. Consumers have the right to exercise boycotts; privileged individuals like Max Mosley are not entitled to pursue a vendetta against a free and diverse press – vital for a functioning, healthy democracy.

It has never been more essential to have a genuine plurality of voices in our media, staffed with hard-working professionals who are committed to cutting through the noise and selecting information which they think you ought to know. Of course it will come through a filter; it is absolutely impossible to maintain genuine neutrality. That is why we don’t have one state-backed news broadcaster or one government-approved newspaper; that way 1984 lies. I don’t want to live in an Orwellian world where wealthy and powerful individuals who may even have had their day in court (like Max Mosley) can continue to neuter a free press because they can’t get over some adverse headlines many moons ago.

I want a rowdy, raucous and even rancorous press that holds people to account, sees through idols and question what’s going on. As flawed as it is (and boy it’s flawed), I prefer the one we have to the one being proposed by a narrow clique who think they know what’s best for us. Just look where that attitude got us.

So to an unflinching, unsentimental and unspairing free press, only one line springs to mind. Yippee ki-yay, mother******! 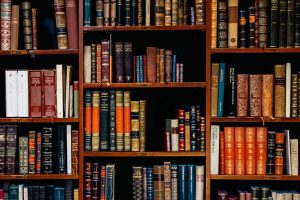 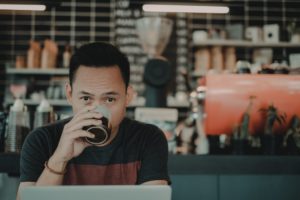