The concept of “having new things” has crawled into every aspect of our lives, from our consumer habits to our buildings. But why can’t we protect what we already have? Here’s why re-using and updating should be at the heart of our society

“Whenever I come to look at Kelvingrove Bandstand, there is always at least one other person also looking over the gates at this,” says Ceri Restrick, as we solemnly survey the broken glass, graffiti and overgrown moss.

On this occasion, it is a forlorn-looking stranger with a dog, shaking his head and probably pondering the same questions as us: how did one of Glasgow’s best-loved venues fall into such disrepute? And why, after a concerted campaign that began in earnest 10 years ago, is it still such a pockmark on the picturesque landscape of Kelvingrove Park?

So began a rather wistful article I wrote for the Herald two years ago, telling the story of how a then-23 old student conducted a campaign to save a derelict bandstand and amphitheatre in Glasgow’s West End.

This story could yet have a happy ending – but only thanks to the efforts of some very determined people, many of them students who care about preserving all that is interesting, beautiful and individual in a city, even if it isn’t their hometown.

As a graduate journalist living in Glasgow, I was inspired to take up the story after seeing a documentary Ceri had made about the now-shabby landmark. It was shown at a local arts night in the Merchant City called Initial Itch, set up by two enterprising Glasgow University students. For a period, I had enjoyed venturing down into the basement of 13th Note (a respected music venue in the city), not exactly knowing what I would come across.

It would turn out to be a real artistic hotbed. Emma’s Imagination, the winner of the Sky 1 talent show Must Be The Music, was a regular performer there, alongside many young poets, writers, musicians and comedians.

But Ceri’s documentary really struck a nerve with me. Here was a lost gem in the heart of Glasgow, a B-listed oddity that was once used for a range of civic and cultural events, inspiring much fondness along the way. But a city that prides itself so much on culture and awareness of history had simply let the whole thing fall apart, seeing no way it could continue the role it once had in public life.

Only the curvy amphitheatre seating, with a surprising capacity of over 3000, gives a clue to Kelvingrove Bandstand’s rich heritage. Built in 1924, it was designed by architect James Miller and hosted a raft of diverse events throughout the century, from brass band concerts to family days out and rock gigs featuring Simple Minds and Wet Wet Wet. As an unusual outdoors venue for community events, in 2000 it was declared a B-listed site by Historic Scotland, which cited its “cultural and social significance”. Yet by this time, the bandstand had already been shut down and has been left to rack and ruin ever since. The entire area is now fenced off as a hazardous no-go zone, with the partially collapsed stage already a sorry indicator of the bandstand’s dilapidated state.

“Unless something is done about it, it will get worse and worse until probably falling down altogether,” sighs Restrick, a 23-year-old theatre studies student at Glasgow University. She became so disheartened from passing the site on the way to her department every day that she got together a group of students to head up a new campaign to restore the monument to its former glory. Since then, the Amphitheatre Restoration Committee (ARC) has written letters, campaigned in the student press and even filmed a documentary.

And to think that Ceri, the operation’s leader, wasn’t even a local girl, but born and bred in Leeds.

I go on to say that her campaign was merely the latest chapter in a long crusade, instigated by a hardworking local group called Friends of Kelvingrove Park (FOKP) over a decade ago. It brought forward a business study in 2005, aided by private and council bodies, which estimated a restoration project would cost £586,000.

But even though the FOKP report demonstrated the financial viability of a restored bandstand, bureaucracy intervened. Years went by, with calls for the restoration from “darlings of the Scottish music scene” (Belle and Sebastian, Teenage Fanclub and the RSNO) leading nowhere. Motions were put forward by local MPs, editorials written, nothing was done. As I wrote at the time:

The now estimated £1.3m needed for the project is still a pipedream, whilst the Kelvingrove Art Gallery & Museum on the opposite side of the road sits fully refurbished to the tune of around £28m.

The council won’t be drawn on how long that period will take or where any disagreements have arisen. So why has the council, as its detractors have claimed, been so reluctant to financially commit? Political sources have speculated that the bandstand will only get the go-ahead if it can prove to be an all-year round, weather-proof venue, conforming to a new set of approved standards. Yet FOKP insist that a renovated bandstand in its traditional form would be hugely versatile and could be used “for a wide range of events”, including arts performances in the summer and astronomy lectures in the winter. “Every month our website receives messages of support, as well as many who are angry that such a simple building restoration has taken so long.”

Restrick senses a deeper shift in priorities. “The bandstand is a landmark and not immediately obvious as a profitable, commercial venue. In these hard economic times, it is understandable that funding is being focused on other areas, like the Commonwealth Games in 2014. But why should the bandstand fit in with that agenda? That is a here today, gone tomorrow event. A restored bandstand would be a permanent part of our cultural and civic life.”

Now, the powers that be have seen some sense. It was recently announced by Heritage Scotland that the site would be restored to its former glory, perhaps even to play a role in the upcoming Commonwealth Games. How times have changed! http://www.heraldscotland.com/news/home-news/bandstand-plan-gets-funding-boost.17264942

Ceri is understandably delighted by the outcome. But sadly, not every campaign of this sort is guaranteed to succeed. Fast forward two years and I no longer live in Glasgow, but in London. Yet a similar battle is happening right on my doorstep, this time to save the rather handsome Earls Court Exhibition Centre and the surrounding area from hungry developers who say the district is “underused” and want to knock down most of the existing buildings to make way for new flats and lots of shops.

The history of Earls Court has been full of twists and turns – hosting Buffalo Bill’s Wild West Show annually till 1914, testing giant blimps during the Second World War – and its interior is correspondingly well-worn. But it’s nothing a bit of TLC wouldn’t remedy if the motivation was there to hang on to this genuinely ‘historic’ site.

It was a blow when Earls Court lost the Brit Awards to the slick, corporate 02 Arena last year, but it retains the Ideal Home Show and when I walked past this morning, people were packing up the remnants of the London Book Fair. I imagine many people who have flocked to these exhibitions aren’t aware the building won’t exist in five or six years time. It’s even being used as an important venue for the Olympic Games.

English Heritage may have controversially claimed it isn’t architecturally interesting enough for listed status. But Earls Court will be sorely missed, both as very useful venue and as a surviving monument to the Art Deco style, and others have argued as such on the Earls Court redevelopment website. What is perhaps a lesser known travesty is the short life of Earls Court 2. The London Encyclopaedia informs me that this enormous venue, which I can see from my window, was opened in 1991 by Princess Diana and cost a staggering £100 million.

21 years on and its last rites are also being read.

It makes me wonder why there aren’t more young campaigners like Ceri who believe some things are worth holding onto and are prepared to put up a bit of a fight, even if (or perhaps because) they come from an outsider’s perspective. Most of the people living in my area today are sceptical, if not downright opposed to the plans, but mostly because they want to save their own homes and community from being wiped off the map.

Here is what I don’t understand. Why can’t we re-use, update and freshen up what we already have, rather than automatically replacing them when our imagination dries up? Where has the relentless obsession for all things-new come from? Perhaps if we were all more adept at utilising the infrastructure we have, rather than borrowing money to fund expensive projects, we might not be in such a depressing economic position as we are now.

That is just my view. Tell me what you think in the comments section below… 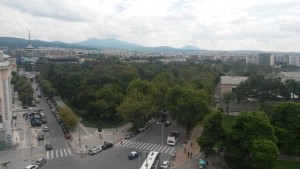 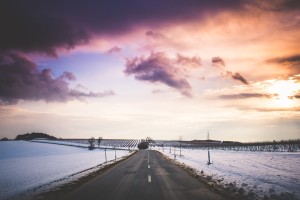 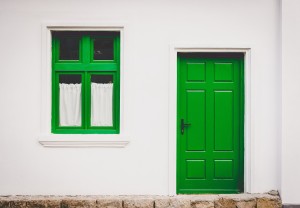 PreviousWhy our media has a topsy turvy approach to payday loans
NextWonga’s £20 referral scheme – will it wreck friendships?