As restaurants close & local shops get taxed out of business, we need a shot in the arm for young enterprise to stop Amazon & Netflix destroying our towns

It is a sad sight that is becoming all-too-common on our high streets: empty, boarded-up units where thriving restaurants, shops and some people’s dreams used to be.

As the 20th century gave way to the 21st, British retail underwent some radical changes. Small, independent shops started being crowded out of our towns and villages. Remember the controversy that raged over Tesco’s expansion across the UK? As it encroached into even the sleepiest areas of the country, traditionalists were dismayed at how chain stores were changing the face of British shopping. Out went the local greengrocers, butchers, off-licenses and boutiques, in came the supermarkets, mass brands and fast food restaurants.

Oh how quaint that transition period now seems! Most young people today can’t remember a time when high streets didn’t all look like each other. Well, it’s not so much that high streets all look the same, but they can be more or less split into three or four categories. The upmarket high streets of London, wealthier parts of other cities, commuter/spa/cathedral towns…these will all have a Cath Kidston, Oliver Bonas and Waitrose, as sure as night turns into day. Your bog-standard high street in a major UK city will have all the major clothing brands, supermarket stores and chain restaurants while in poorer parts of the country, we end up with a procession of discount stores, betting shops and Chicken Cottage (or bizarre variations of the same name…) Bar a few outliers, independent shops are now largely the preserve of upmarket, gentrified areas. 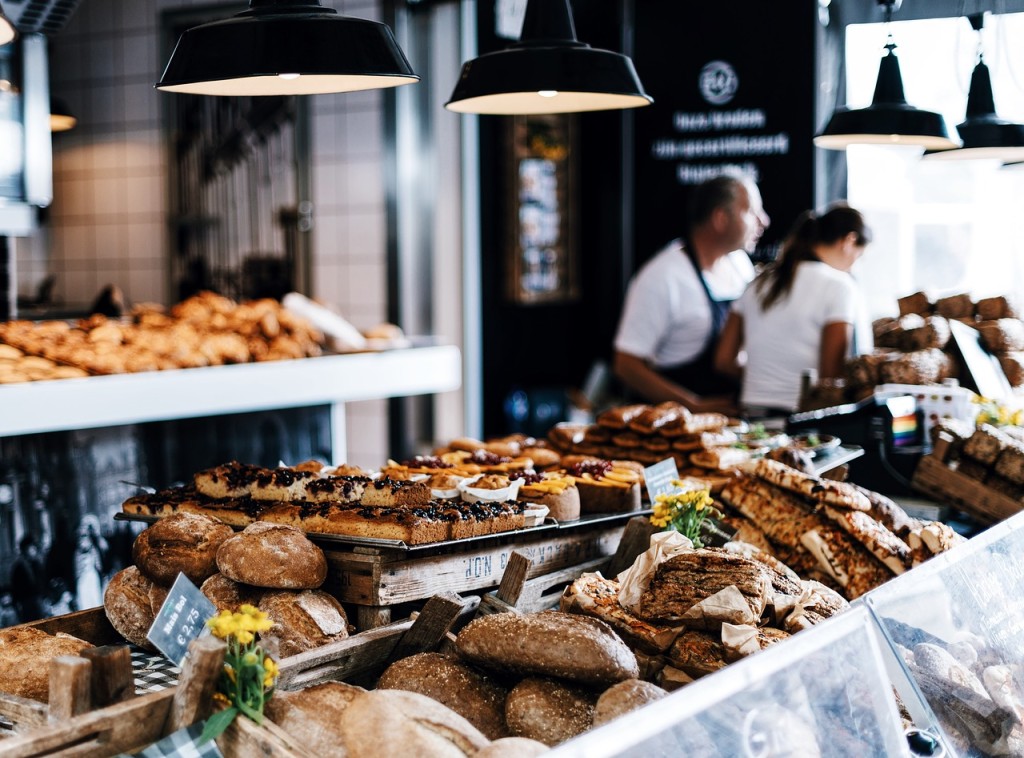 The problem today is not that our town centres have lost their character….it’s the fact we’re losing our town centres, period. Most of us, when pushed, would rather have the reassuring presence of those shops and restaurants out there in the world, however identikit they may be, than none at all. They gave us a reason when we were younger to go into town, see some friends, do a light bit of shopping, have a meal, maybe go to the pictures or out for drinks. This was a comforting pattern which played out throughout my childhood, with my leisure time often tethered to my local Woolworths (where all of my CD/tape cassette money was spent), Boots, Pizza Express and the cinema.

Without wishing to sound sentimental, I genuinely think this was a happier, more well-rounded way of life than the digital cocoon we find ourselves in today. Transport for London recently reported a significant drop in travellers on its network thanks to a quartet of tech giants – Netflix, Deliveroo, Amazon and Uber (although fear about terrorism also played its part). People are having their entertainment streamed into their homes, food delivered to their couch, every possible item they need shipped in and discount chauffeurs summoned should they ever actually step foot outside.

Now, it seems British retail can’t withstand the rise of internet shopping, entertainment and food delivery, mostly emanating from corporate America. We used to be worried about the invasion of McDonalds and multiplexes…those seem like minor changes compared to the revolution triggered by streaming and a gig economy created almost single-handedly by Silicon Valley. The question is…do we really want every aspect of this revolution? Or will we regret taking our high street for granted, and end up having a Big Yellow Taxi moment?

Don’t get me wrong. Some changes are for the best. Toys ‘R’ Us may have had a nostalgic appeal for kids of the nineties who fondly remembered the advert’s catchy theme tune. But the stores were soulless corporate warehouses that offered neither the rock-bottom prices promised by Amazon nor the magical shopping experience offered by the likes of Hamleys. It was doomed for some time, but its demise was probably expedited by poor management in the U.S. that didn’t understand the changing nature of British retail. Indeed, just months before Toys ‘R’ Us collapsed, it opened a vast unit around the corner from my parents’ place in Edinburgh, taking on staff that must be feeling pretty sore.

Toys ‘R’ Us is not the only example of foreign owners making dreadful decisions that ultimately harm the British high street. Homebase was a retail success story by most standards, posting decent profits until it was taken over by Australian conglomerate Wesfarmers in January 2016. Homebase went on to lose £97 million in the first quarter of this year partly because its owners in sunny Oz didn’t realise that stuffing its British stores with hot tubs and barbecues was retail suicide. Again, the Edinburgh retail park near my family home had a bustling Homebase for many years. But last month, I remembered the lunacy of visiting the store, only to see it stowed out with barbecues when there were several inches of snow outside. 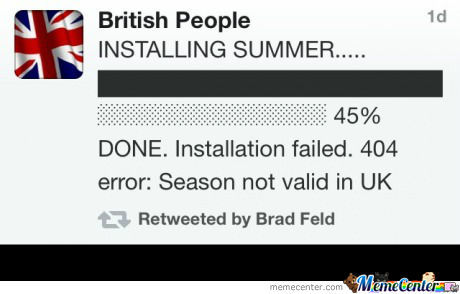 The likes of Craigleith Retail Park are a reminder of today’s shopping truths, which ironically take us back to the good old days of independent stores. Only those shops that really get what customers need, and create a fantastic experience, will survive the onslaught of digital competition. And this is what caring and innovative entrepreneurs do best, far better than chain stores and aggressively expansionist tech giants. And that’s why young entrepreneurs need all the help they can get, because they can keep our towns alive long into the future.

I don’t use Amazon for my personal shopping. I haven’t done for the past five years. I am repelled by its record on tax avoidance, its determination to dominate our shopping choices and its inhumane treatment of employees. I also don’t want to see Amazon put British bookstores out of business for good. There comes a time when “millennials” (as much as I don’t like this catch-all description) have to start putting their money where their morals are and decide for themselves: do I like the way huge U.S. behemoths treat their workers, or put together their supply chain, or control my personal shopping? Do I want low-cost convenience, no matter what the consequences are?

Please don’t think this a reactive, anti-globalisation narrative ala Trump. Nor do I possess a blinkered anti-U.S. attitude. This is about rekindling our individuality, human connections and (dare I say) pride in our public spaces. Young people should be encouraged, with low tax rates and  public-funded grants, to take over these empty shops and units, and fire them up with their own amazing business ideas. We need to create a new generation of retail entrepreneurs who don’t think the answer to all of society’s problems and needs resides purely online. We need to support cafes, restaurants, shops and services that are all about the interpersonal connections that make us…well, human. 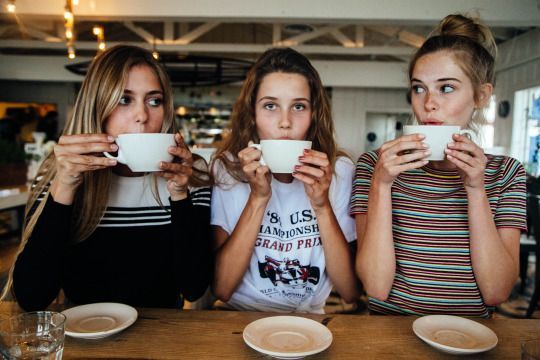 That’s why I reject the recent argument made by the Telegraph’s Matthew Lynn (much as I respect his writing) to fill empty units with co-working spaces and homes. The former is just more of the same, giving over space to corporate U.S. giants like WeWork to overcharge flexi workers for the privilege of a desk, chair and exposed brick wall. As a self-employed entrepreneur myself, I know flexible working can and does happen in all sorts of public spaces, from cafes to bookshops, and it is not conducive to real, diverse enterprise to squeeze these out out in favour of (essentially) business property magnates.

As for the latter… of course we need more homes. But often retail units are not suitable for conversion, and Britain’s property developers do not have a glorious track record of turning around well-made, spacious and genuinely affordable starter homes in double-quick time. Frankly, I am far more trusting of young entrepreneurs, with appropriate tax rates and enough funding, to fill the gaps being left behind by dying retailers.

So let’s give them the backing they need – if we don’t, we’ll all be sorry.

“Don’t it always seem to go
That you don’t know what you’ve got til its gone?

They paved paradise
And put up a parking lot…” 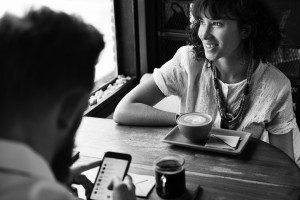 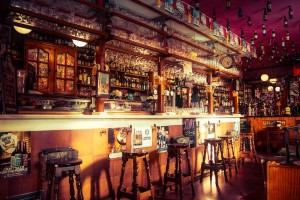 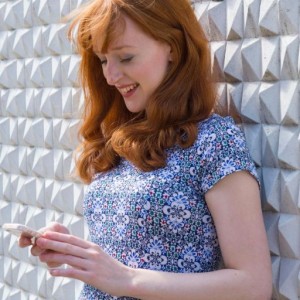 PreviousThe financial sector has no place for victim-blaming broflakes
NextQUICKIE GUIDE: your investing 101