The graduate’s guide to seducing employers (not literally)

You don’t need come hither eyes – although you’ll definitely need to embark on some extra-curricular activities (and not the ones you think). Graduates are having a tough time of it, but hope is not lost. Here is our two part guide on how to target the right employers, meet the right people and get the right things on your CV (all in a totally clean fashion)

This week, we’ve looked at some of the existential angst surrounding the rite of passage that is leaving university.

We hope it was interesting, thought-provoking and just a bit sympathetic to the plight of graduates today. And three cheers for classic movie references!

But now is the time to stop talking, introspecting and lolling about in swimming pools (sorry, we’re getting you mixed up with Benjamin Braddock).

Now is the time for action!

Graduating from university and entering the job market is always scary, but for our current generation of university and school leavers it can seem positively terrifying. It doesn’t help (at least for morale) that the media is frequently referring to us as the “lost” generation. Also, maybe it’s just a bit of an overeaction (especially since the term “lost generation” was originally supposed to refer to those wiped out by the Great War).

But even if you do find a job, you will be more likely to end up working for a temp agency, and not in the field you just spent three years and racking up thousands in debts to study. It can all end up looking a tad…hopeless and depressing?

But if you’re on the cusp of graduating, or already out looking for work, there is so much you can do to help yourself. This summer could be the perfect time to hone your skills and bulk out your CV. So follow these tips and you WILL make some terrific progress.

Load up on extra-curricular activities

Even if you’re graduating this summer, it’s not too late to try some activities that you shied away from previously. But undoubtedly the time to start is while you’re still at uni. Here is Iona’s experience to give you some inspiration:

When I was at uni, I did quite a few things that built on my strengths. As a trained musician, I played in orchestras and formed a band for the first time, playing numerous gigs around the university. I was also president of the music society, which required me to to work with people, promote things, be organised and learn about finances. I did some stuff that was totally new to me. I wrote for a feminist journal, which gave me my first taste of journalism, and I danced in the university championships (winning several trophies, mainly down to my amazing partner who I nicknamed Snakehips.) I played to my strengths and didn’t persist with activities that weren’t for me. I tried rowing and was about as much use in the boat as Susan Boyle. I could have done more perhaps. I regret not writing for the university newspaper or trying some other activities that might have suited me, like acting. But on the whole, I think I got the balance right and I’m glad I didn’t just eat, sleep, study and party. My extra-curricular activities made me a well-rounded person. Even if I can’t pinpoint whether they have helped me to get jobs in the past, they certainly gave me skills which have stood me in good stead.

Even slightly less mainstream groups like the gaming society can be a great arena to learn and demonstrate employable skills. Are you responsible for sending out the club newsletter? That’s communication skills right there. Booking rooms for meetings? Organisational skills. Arranging the club’s annual trip? You could write a whole list of employable skills from that alone. Even if you don’t put these activities on your CV, you can bet they will come in useful during interviews. Most employers will have interview questions along the lines of “Tell us about a time you dealt with a problem”. By taking part in the running of university societies, you will be presented with plenty of examples of times when you have solved all sorts of problems.

If you have already left university, it is DEFINITELY not too late to take up some new interests. We cannot stress enough how important it is to maintain these interests as you go through your 20s. Doing this will help you to “switch off” and cope with the stresses of job-hunting, of course. But you will also cement existing skills and learn new ones. And you may even encounter some contacts who could help you in ways you don’t yet realise. Whether it’s an acting group, a rowing team or a weekly get-together for coders and techies, you are expanding your network (and hopefully having some fun along the way). Check out the app Meetup to find suitable events in your area.

Get to know people in the industry

Your university may well be able to hook you up with some alumni contacts in professions you’re eyeing up. If you don’t ask, you don’t get (email addresses). Your tutors probably will know people in the industry, and in many cases universities will arrange meet ‘n’ greet opportunities for students in their final year.

Another good tactic is to make use of social media. While a lot of Twitter is people talking about the latest outrage from Katie Hopkins and taking pictures of their smashed avo brunch, it’s also a place where you can actually find people from all over the place talking about their work (surprising, I know!)

Follow them, read their blogs, and ask them questions. Try to keep the questions relevant. Don’t immediately jump in with “How can I be like you when I grow up?” (a bit cringe). Most people are supremely flattered when asked for advice for careers, and many are decent people who get a kick from helping others. Here is another of Iona’s experiences:

Not that long after becoming a financial journalist, I was contacted by an old friend from my hometown of Edinburgh. She was interested in becoming a journalist (having already worked on her university newspaper, tick!) and asked me what I would recommend. I told her that financial journalism was not a bad place to start. It was a bit less competitive than other parts of journalism because many young people are daunted by money. But it’s surprisingly quick to pick up and you can make big progress (as well as the subject being very interesting and fulfilling!) She started on trade publications aimed at the financial sector, a good training ground for journalists in this field, before moving onto the money section of a major newspaper website in just a few years. After winning a Rising Star of the Year award, she now writes for the New Statesman, making the shift from money to her preferred beat of politics. It wasn’t my advice that allowed this to happen, but what she took from it.

We’ll come back to this example because there is an additional lesson to be learned here. So check back tomorrow for the second part of our guide for graduates… 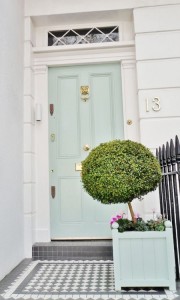 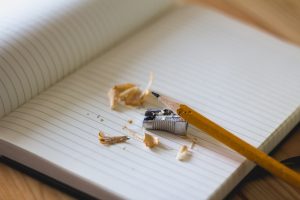