The Airbnb side hustle is under threat. Find out why

Nowadays you don’t have to be a swanky hotelier to profit from Scotland’s tourist trade. Thousands are going online to let out their spare rooms or homes for extra cash, as the peer-to-peer travel industry takes off north of the Border.

More than 12,000 Scots have hosted visitors through the short-term rental giant Airbnb in the past year, with around 6,200 listings in Edinburgh alone. Some properties are even trending worldwide – the Stranduff Croft Holiday Cottage in Aberdeenshire is now the fourth most popular Airbnb destination on global picture-sharing site Pinterest.

The phenomenon has now sparked a flurry of companies that offer to manage properties on behalf of Airbnb hosts, taking care of everything from listings and laundry to communicating with guests.

The latest has been founded by 25-year old Akash Sharda, an airline pilot who also claims to be one of many millennials turning to Airbnb as a lucrative “side hustle”.

The term was first coined in the US by online entrepreneurs to describe various income streams, such as selling through eBay or monetising blogs, and has now spread to the UK as more people use the sharing economy to supplement – or even replace – a traditional salary.

“I spend a lot of time away from home due to work,” Mr Sharda said. “Many of my passengers were praising the Airbnb experience so I decided to capitalise on my frequently empty home and let it out.”

Mr Sharda quickly gained “superhost” status on Airbnb, awarded to those who get the most visitors and best reviews.

“As a ‘host’ I know what will make it a smooth and stress-free process for property owners, from managing the listing, to check-in and maintenance and so on,” he said.

Mr Sharda’s firm, Spothost, started with three properties when it launched this year but is now adding five new properties a month to its Glasgow portfolio, with plans to expand into Ayr, Troon and Prestwick.

“There is so much going on in Glasgow – the gigs, new bars, culture. It’s a real hub for young people and being able to rent out your home as a side hustle means that hosts can afford to go out more and young people can visit the city more cheaply to enjoy all that’s happening here,” he said.

Management firms usually charge around 15 per cent per night plus VAT, with guests covering cleaning costs. But you can also pay more for premium services like redesigning your home, search engine optimisation and professional photography to ensure your property is in demand.

Despite the obvious benefits to homeowners of being able to generate extra cash from renting out their homes, research from activist site Inside Airbnb suggests that young people in general could be more likely to lose out than benefit.

The non-profit organisation found that 55 per cent of Airbnb properties in Edinburgh are entire homes or flats, with more than a third managed by professional hosts, such as property investors or managers who have more than one entire home in their portfolio.

Murray Cox, founder of Inside Airbnb, said this is having a knock-on effect on the over-stretched housing market in Edinburgh. While he said the number of homes being taken out of the market for this purpose is still small, he warned that the problem is being felt in neighbourhoods with low vacancy rates, where Airbnb rentals could be “displacing city residents relying on private rentals and challenging their residential character”.

Mr Cox added: “In most cities that are concerned about housing and the unrestricted conversion of residential properties via short-term rental platforms like Airbnb and their hosts, multiple entire home listings are usually the first to be the subject of regulation and enforcement.”

Although there is nothing to suggest this could be about to happen in Edinburgh, it did take place in London, where Airbnb last year introduced a 90-day restriction on its listings.

The Scottish Government, meanwhile, is currently reviewing whether to extend business rates to properties marketed through Airbnb as part of the Barclay Review, which will make its recommendations in July.

The side-hustle dream has already suffered a number of setbacks, with proposed tax breaks for micro-entrepreneurs being dropped ahead of the general election.

Two allowances worth £1,000 each – one for property income and the other for micro-trading – were first promised by former Chancellor George Osborne as part of his 2016 Budget, but the Government left the perks out of the Finance Bill, which was rushed into law before Parliament went into purdah at the end of April.

It will also consult on scrapping the rent-a-room tax relief for short-term lets, which currently shields Airbnb hosts from paying tax on up to £7,500 of their earnings. This process will not begin until the summer, although there is no certainty it will go ahead if there is a change of government on June 9.

Anyone who does decide to earn some extra cash from renting out their home should take care not to hide any rental income from the taxman as HM Revenue & Customs has started deploying a powerful new system to access complete records from websites like Airbnb and check if tax returns have been completed correctly. 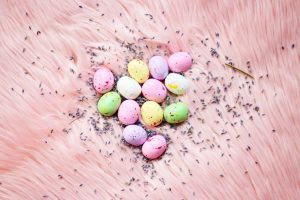 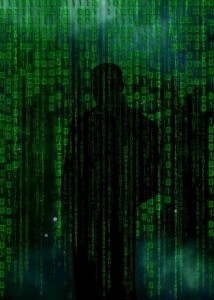 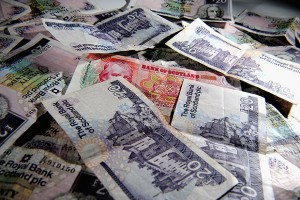