Is the 52 week saving challenge for you?

Just how far can young people push themselves when it comes to saving this year? And what can YOU do to maintain your saving motivation? I look at the controversial 52 week saving challenge to see whether it can work for you

So it’s week three of the new year – and how are you feeling? Still pumped up and focused AF? Or are you already feeling weighed down by work, weather and certain controversies now raging over the Royal Family? (C’mon Harry and Meghan – you could have given us a couple of weeks before hitting us with that bombshell. More on that anon…)

If you fall into the latter camp, it’s understandable. It can’t help that we’re all being bombarded with advice about how to manage our lives in 2020. And when it comes to our personal finances, there’s a particular ‘challenge’ out there that could be putting young people off saving before they’ve even started.

The 52 week saving challenge has gained a cult following all over the world. It initially began on social media in 2013 and is thought to come from a Facebook group called “Kassondra’s 52-Week Money Challenge,” created by U.S. personal finance hobbyist Kassondra Perry-Moreland.

No wonder the challenge spread like wildfire across the internet. Even the most cash-strapped millennial could take one look at the sums involved and think: “I can do this!” And that’s where the brilliance lies. It tricks us into saving by making the barrier to entry as low as possible (without being daft. 1p wouldn’t get anyone very far in a hurry…)

Once we’re up and running, saving tiny amounts that don’t feel like a deprivation, we’ve got over that initial hump and triggered a habit that will soon feel relatively easy and effortless. Some even decided to reverse the order, beginning the year when they’re feeling most virtuous and committed with £52 and reducing the sum by £1 every week. Clever stuff!

But as with most online phenomena today, some people are taking the whole thing a bit too far. An article on The Metro website last week raised eyebrows on social media with its suggestion to save not £1 more but £5 more every week till the end of the year. So instead of saving £52 in the last week of December (sounds fair enough), you would be saving a whopping £260 a week.

It didn’t take long for the backlash to begin, with FT Weekend journalist Lucy Watson going viral for her sarcastic take on the challenge:

You could be well on the way to home ownership: that’s nearly HALF of the average London first time buyer’s deposit!

Not everybody appeared to get the joke, with many commenters taking Ms Watson at her word and pouring scorn on her ‘advice’. Which somewhat proved her point.

Here’s the thing. Of course, the savings challenge should be, well, a challenge. That’s why it can’t be a one-size-fits-all exercise. Some people who really struggle to make their pay last might find saving £1 more a week the equivalent of climbing Mount Everest. For those people, it’s a monumental achievement. For the mid-section of the population who have greater earnings, but just don’t spend them all that wisely, the original savings challenge numbers might, in real terms, actually seem a bit safe.

But I think that’s the point: most people are so far away from a savings mindset that anything really is better than nothing (okay, maybe not anything below £1 but still). And the hope is that once people do start to see those savings mount up, their motivation to watch their lifestyle more carefully and make necessary adjustments to squirrel away more just goes through the roof.

So we need to be wary about making the 52 week savings challenge yet another daunting set of financial numbers that stops people in their tracks. Besides, effective saving needs you to;

The first two are essential. The third isn’t, but all three are a powerful combo that will make success far more likely.

Still, the savings challenge can be a fantastic framework for kick-starting your next Winter Sun fund or speeding up your route to a first home. And fortunately, there are now a multitude of apps and digital whizzes to help you on your way. And if you drop out of the challenge for whatever reason, go easy on yourself. Saving is a marathon, not a race. The most important thing is that you get back on track and save what you can, when you can.

If you’ve got debts knocking about that are older and more problematic than Jim Davidson, you need to park your wonderful savings ambition for now and tackle these first. Otherwise, you are going to feel deflated every time you get a credit card statement or a reminder that you’re in the red on your bank overdraft, and that’s going to compromise your savings ability (and confidence).

Of course, this is always easier said than done. But the secret is to tot up what you owe and come up with a workable debt repayment plan. An interest-free card can help you, even if some (or all your debt) is based in an overdraft. In this case, you need to see what kind of 0 per cent money transfer credit card you qualify for by doing a ‘soft’ credit search. Be aware you’ll probably have to pay a fee, but it could be worth it to get your debt under control. Just make sure, for god’s sake, that you don’t just set your payments to the minimum amount, which can be just 1 per cent. It’ll take bloody ages to pay off and cost you a small fortune.

Get to know your spending personality 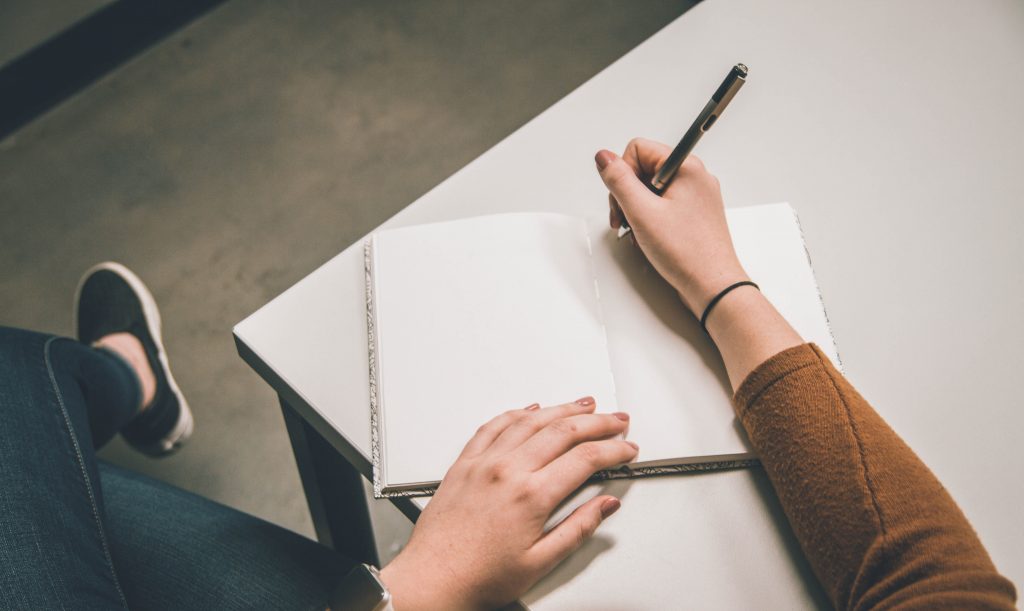 It’s reallyreallyreallyreally hard to save money if you’re spending like there’s no tomorrow. I know it sometimes *feels* like there isn’t going to be a tomorrow, but for now, let’s assume there will, ‘kay?

A good way to get a handle on your spending habits is to identify the feelings and situations that lead you to spend more than you would like. If you want some help in this department, why not take my world-first Spenders Confessional? You’ll feel better afterwards, I promise…

A really great way to understand what’s going on is to keep a spending diary for a week or two. Then, once you see a pattern emerging, you can make some decisions. You may decide to have a 30 min breather before you click on the checkout button, delete certain apps from your phone (for me, Zara was the gateway drug that had to go) and come up with lower-cost alternatives to pricey nights out (at least a few times a month). Cooking meals rather than getting takeaways and reviewing your subscriptions are also two of the biggest ways to make serious savings.

Digital-first banks are awesome at helping you track your spending and understand where the money is going. I won’t and don’t recommend specific apps because, for first-time budgeters, they are pretty much all as good as each other – though a special shout-out goes to Monzo for actually creating a 52 week savings challenge facility within its app. 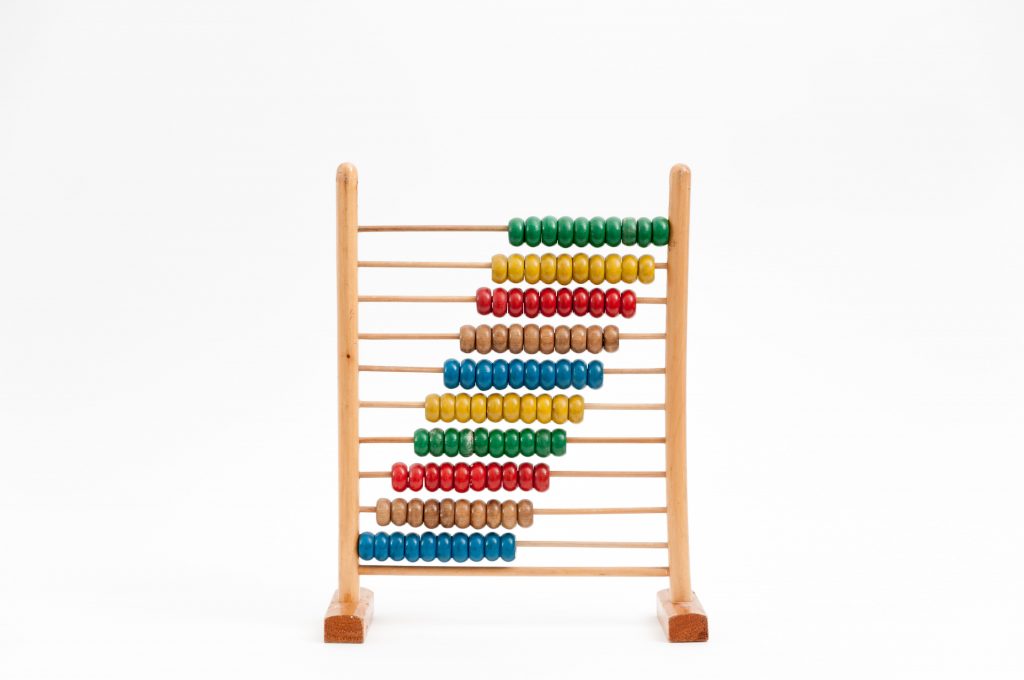 Some experts recommend a 50/30/20 rule for your finances. This means making sure 50% of your pay covers your needs (i.e. basic bills that have to be paid) 30% for the fun stuff in life and 20% for your savings (or ideally, 10% for your short-term cash savings and 10% for your long-term investments).

Try this on for size and see what needs to change to make the ratio work. If you’re struggling with the transition, it might help to flip your thinking. Instead of thinking about saving as 20% of your earnings, ask yourself: can I live on 80% of my income? Some really can’t but most can, with varying degrees of effort. Besides, think of that 20% deduction as “paying you first” before you pay your rent, bills and Mr Netflix.

Most digital-first bank accounts offer the ability to ’round up’ your spending and put the spare change in a virtual savings jar. This means you’re constantly putting small amounts you don’t really notice into a savings account and before you know it, you’re got a surprising amount in there! Some people prefer to have a bit more control so you might consider downloading a chatbot that links up to a savings account, like Chip or Plum. These A.I. services send you motivational messages and helpful pointers about your finances. And you can put money into the savings accounts linked to these chatbots just by asking them.

So maybe it’s not that hard to rise to the savings challenge after all. Let’s check back in 51 weeks and see how we did…

What do you think? Are you trying the 52 week savings challenge? If so, let me know by leaving a comment or tweeting me – @ionayoungmoney

What kind of spender are you? Take my Spenders’ Confessional! 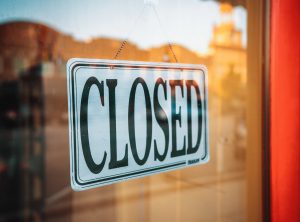 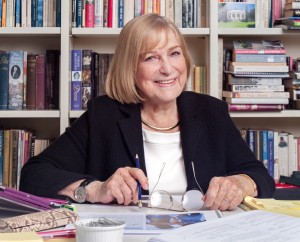 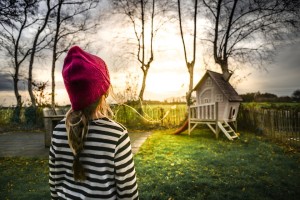