Pensions – do we really need ’em?

We’re seeing big changes to pensions to make them more attractive and accessible for young workers. But are pensions the be-all and end-all, and should we be guilt-tripped into taking them out at a young age? I look at how the pensions landscape has changed – but maybe not for the better

The question posed in my blog title may seem incendiary to many. But it has never been more appropriate. I have been thinking a lot about the issue in the past week after attending a lunch at the House of Lords.

I was one of a select gathering invited by the International Longevity Centre, chaired by Baroness Greengross, to discuss how poorer people may lose out on advice when it comes to sussing out pensions. To cut a long story short, the worry is fuelled by new changes to the way financial advisors will charge their clients, cutting out commission and so-called “trail” fees in favour of upfront – and much more visible – charges.

This could deter many cash-strapped people from seeking advice, particularly when they come to get an annuity, which is basically a way of gaining an annual income from your pension pot. They may pick the lowest annuity rates on offer, meaning they’re getting a lower income over the course of their retirement than if they picked a more competitive deal.

But what struck me about the discussion was that bigger elephant in the room; how young people are shunning pensions altogether.

It’s often talked about as a ticking time bomb. Over half the British population currently make no pension provisions whatsoever, and only 5% of workers between 18 and 24 are saving for retirement, according to Nationwide. Yet we’re all set to live so much longer – and who is going to pay for our later lives?

The state is pretty reluctant to foot the cost. How do I know? Because I’ve already had a coded warning from the government in the form of a letter about my state pension, stating in the starkest possible terms that I’ll only have about £100 a week to play with unless I start making my own provisions now. Bear in mind I got this when I was celebrating my 21st birthday. My student debts will be my delightful companion throughout my twenties and, like millions of others, I am a graduate navigating my way through the murky undergrowth of the jobs market, engaging in hand-to-hand combat with hundreds of others fighting for the same jobs.

I’ve also just started paying off a mortgage, and many of my friends might as well get their employers to set up a direct debit for their landlords and redirect their salary to them. They can barely find any leftover money for the things they want in life. You can see why coins aren’t spinning out of our hands into a fund that won’t pay us anything until we’re at least 55!

With all that comes a degree of financial instability that, quite understandably, makes me reluctant to commit to a pension aged 24. But the government is planning to make us all sign up automatically to a pension whenever we go into a company, and we must then choose to opt out. Politicians (and the pensions industry) believe this will combat apathy among young people, and force them to save today to fund tomorrow.

But it’s unrealistic – perhaps unreasonable – to expect this generation to hold a tickertape parade for workplace schemes. First of all, so-called “auto-enrolment” is somewhat predicated on the assumption that we’ll remain with the same employer and same pension scheme for the rest of our lives.

It’s not always been like this – my granddad worked for the General Electric Company for fifty years and received a final salary pension scheme that amounted to two-thirds of his final salary!

Now, most of those final salary schemes have become sepia-toned relics, fading from corporate life week by week. Those who are lucky to have jobs may come and go from companies as they climb the career ladder, or perhaps leave a major organisation to become self-employed (like I have recently done). Our pensions from different organisations will all fester in different pots, and we just have to hope they will have grown large enough as a combination so we can live off them in retirement. But is that a forlorn hope?

How much will annual management charges for pension schemes eat into our capital, particularly for schemes in companies we left a long time ago? Perish the thought, but what if I died prematurely, and end up paying more into my pension than I get out?

If I’ve been given up jam today, I’ve got to be certain that I’m going to get jam tomorrow. Sadly, the pensions industry has failed to reassure me of this basic fact. The poor performance of pension funds, plummeting rates on annuities and accusations of obscure fees – all of these are stopping me in my tracks.

Our generation’s reluctance to embrace pensions isn’t because (as some have implied) we’re not prepared to make sacrifices for our retirement. Yes, we want to keep back some of our meagre earnings, whether it’s for saving on a home deposit or to enjoy that totally unsuitable weekend in Barcelona whilst we’re young, healthy and have an operational pair of kidneys. This is human nature. While the term ‘misspent youth’ is applied pejoratively, there are times in our young lives when a couple of hundred pounds is well worth NOT being in a figurative (or real) safe.

But besides the understandable tendency to hold on to cash, young people do actually recognise the important of savings, despite their straitened budgets, even if they aren’t prepared to sign the pensions contract.

In fact, young men are some of Britain’s most dedicated savers, according to NS&I (National Savings & Investments). Blokes aged between 25 and 34 typically save about £104 a month, compared to the national average of £88, with women still putting away an impressive £76 a month. Moreover, almost four in ten (39%) men between the ages of 16 and 34 have a savings goal, compared with just over a quarter (26%) of the country.

We should commend this and perhaps build on this to have a major rethink about long-term saving. For starters, what about straight-forward tax-free Isas or (better still) workplace Isas? Can we rethink the relationship between workplace Isas and pensions? Where is the quality advice for young people about their savings options? What ever happened to the specialist Money Advice Service for young people I wrote about last year, and is there a way for young people to avoid pricey financial advisers but still get the lowdown on how to manage their money?

It is the heartfelt opinion of many experts in the field that this inscrutable and counterproductive system needs a huge overhaul – if not scrapping altogether. But if this unthinkable, then what can we do to make pensions more accessible, ethical and attractive to young people?

I am going to examine several of these issues on the blog, starting with the first port of call for any young person hoping to save; a tax-free individual savings account.

We’ve only got a few weeks to go before the new Isa season starts up, so I’ll be looking at the best options for those currently sitting on the pensions fence but who don’t want to miss out on some handy tax-free interest. In the meantime, I would advise that you don’t rush to make any decisions about pensions.

A lot is going on in the industry to improve the status quo, and you want to make sure you are on the right side of change – when it eventually comes. 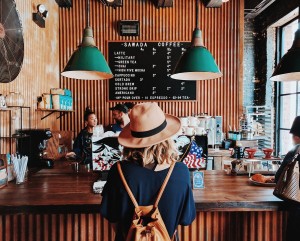 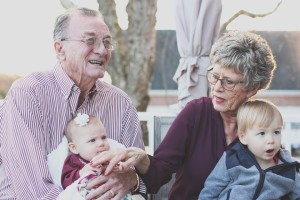 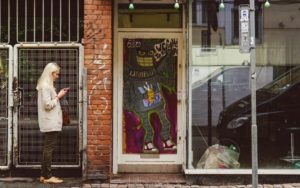