Pensions; a scandal now…and in the future?

The story of David Borthwick’s devastated pension is not unusual. Sadly, there is a pensions disaster awaiting my generation too, unless urgent steps are taken

This time last week, my story about the devastating impact of fees on one man’s personal pension was published in Money Mail, the financial section of the Daily Mail.

It struck a chord with readers and industry experts alike, with 1300 comments on the website story (unusual for a fairly technical story about pensions) and many outraged reactions on social media.

The story, based on the experience of my local newsagent in Edinburgh, was the most extreme ever encountered by the editor of Money Mail (which is really saying something). So much so that he kept asking me whether I had provided the correct information. He just couldn’t quite believe that both the annual charges AND the quoted exit fee on the pension could both be so high.

The story was about three months in the making and I have decided not to republish an extract of it on the blog as I would usually do (you can view the full story here) but rather take this opportunity to explore what this story means for young people (the readers of this blog).  Here are the two big takeaways from this story (and you have full permission to slap me if you ever see me for using that heinous phrase).

Journalism, when done carefully and with the right intentions, exposes unfair practice and challenges big firms to put things right when they would otherwise get away with blue murder. It frustrates me hugely when I hear about people getting a shoddy deal but not fighting back with every tool at their disposal – including media coverage.

It is amazing how many times firms will back down as soon as a journalist gets involved, yet people often fail to grasp the remedial powers of the media. People are also very quick to denigrate traditional media today, particularly on social networking sites. But if it weren’t for Money Mail, gutsy enough to print stories like this, David Borthwick would be roughly £16,000 poorer. These sections have the profile and clout necessary to get things changed.

The truth is that people like you and me very often only get the outcomes we deserve only when we go to the media, which can still hold companies to account and stand up for our rights. Contrary to what many members of the public (and certain high profile politicians) might believe, journalism is still making a huge difference in people’s lives, both at home and abroad, and while the profession has suffered a fair few knocks in recent years, it still holds an incredibly valuable position in society as a last resort for people who have nowhere else to go.

This blog has tried to fuse “old” media (print journalism) and “new” media (blogging) with varying degrees of success, given that they often employ very different means of getting a message across, sometimes to VERY different audiences. But what they have in common is greater than what they don’t, and it is my belief that good blogging is rooted in good journalism, with a symbiotic rather than aggressively competitive relationship with one another. Having diversity of voice is one thing (and a very good thing at that); throwing the baby out with the bathwater and dismissing what traditional media has to offer? I don’t think so.

That is why this blog will continue to forge a new way forward with journalism, building on traditional ways of finding and reporting stories, but hopefully shaking up some tired and established ways of doing things – and of course, completely rebuking the notion that personal finance is only for the stale, pale and male.

I cannot get over how vehemently young people are being nudged into taking out pensions, either in the workplace or privately, when

c) young people are still in a morass of confusion as to how they should be spending, saving and making the most of their (often very limited) pay-packets.

Where are the concerted efforts on the part of the pension industry to demonstrate to young people that pensions can be trusted, that their contributions into an auto-enrolled scheme will be adequate and that their default scheme is going to deliver the goods?

The truth is that their shoddy track record of poor returns, stinging charges and iffy T&Cs is hardly reassuring. Genuinely generous defined benefit pension schemes have been replaced by their poor relations, the defined contribution schemes, and the pension sector does much to trumpet the contribution made by employers, but young people would be shocked if they realised just how far pensions have fallen in recent years.

It is true that workplace pensions will still be a better deal for many, if not most, than the new Lifetime Isa when it comes to saving for retirement (unless of course you’re self-employed). But that doesn’t mean they are a fabulous deal. Yes, charges on these schemes have been capped at 0.75 per cent to prevent those fund manager moths eating away at your hard-earned pension. But that doesn’t mean you won’t still pay a pretty huge whack just to have the privilege of an income past 65 (or 70? maybe even 80 or 90. Heck it could be 112 the way government policy is going).

Yes, default schemes will be managed to try and get you the best possible deal in retirement and minimum contributions will be going up soon. Even with those two factors, your workplace pension is at the mercy of relatively poor levels of contributions going in on either side, the huge likelihood that you will move between various jobs and leave lots of pathetic tiny pots stranded in loads of different schemes and the investment decisions made by a manager that YOU probably didn’t choose.

I cannot see how it is anything other than a scandal waiting to happen.

So what’s the answer? I don’t propose that people abandon the concept of saving for retirement. But young people clearly need more accessible savings in the here and now, more encouragement to take their long-term investments into their hands and black-and-white guidance that your workplace pension ain’t gonna save the day on its own. 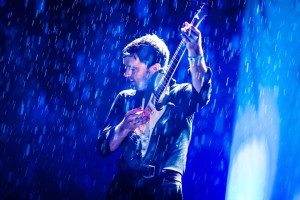 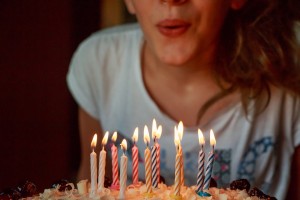