Mobiles follow-up: do NOT buy a new smartphone without reading this!

Disclaimer: This is what we like to (politely) call a “heritage” blog. That means we haven’t updated the information here since publication (athough we have tidied up the format). A full update would be too complicated and besides, it’s interesting to see how things used to be, right? What you read may or may not still be applicable today, and the details will almost certainly be out of date. So please check out more recent blogs, as we are keeping readers abreast of new developments ALL THE TIME!

Are YOU in the market for a fancy smartphone? I am, but trying to figure out which models and contracts offer value for money is somewhat befuddling. Luckily, the Young Money Blog has done a bit of investigating – and some of our findings might surprise you…

Did your mobile phone bill give you a nasty surprise last month? And has it only started happening since you upgraded to an expensive smartphone? Well, you’re not alone.

Six out of 10 of Apple and HTC handset owners are overspending on their monthly contracts, and smartphone users generally are significantly more likely to overspend than those of us with good old dumbphones. That’s the message from comparison site uSwitch in a useful piece of research this week. It should serve as a wake-up call to those of us who can’t resist joining the smart crowd…….I’m just about to, but more of that later.

Over a fifth of smartphone users pay at least £10 more than their tariff price each month ,while 6% admit to a £20 monthly overspend – that’s £240 a year, according to the users’ survey.

Even taking iPhones, HTCs and Blackberrys out of the equation, 25% of us are overspending.

Just 15% of users say their providers alert them when they are approaching their tariff limits. But consumers are also failing to look out for themselves, as more than two thirds of us admit that we do not regularly monitor how many texts and calls we make.

Ernest Doku, uSwitch.com’s technology expert, says: “The vast array of features available for smartphones today is breath-taking, and with one of these handsets mobile phone users have access to a whole world of mobile technology. However, with this great choice comes the risk of losing control of your mobile spending. With the ‘must have’ app or download changing on a daily basis it’s all too easy to get carried away. Users need to keep a close eye on what they are purchasing, or face being hit with a hefty bill at the end of the month.”

It’s not only smartphoners who are getting nasty surprises. Thousands of dumbphoners go over their limits, sometimes by calling or texting numbers or visit websites that are not included in their package. Result: fat extra bill.

Doku says: “If you are significantly over or under your allocated minutes and texts, try speaking to your provider about adjusting the deal you’re on and if your contract is ready for renewal, shop around for a new one. The most important thing to do to make sure you work out what you need from your mobile, and then find a deal to suit. If you’re on a budget you can search for a contract by monthly cost, or by minutes, texts or data. With a huge range of mobile phone contracts available to suit almost every need there’s no excuse for regularly exceeding your call and text allowances.”

Well I have decided to go smart, not without a nostalgic pang for my Nokia Slide which has been with me through thick and thin.

My brother celebrated his birthday recently, and was kindly made the parental offer of a new phone, in fact an iPhone, to replace the Sony Ericsson he has completely destroyed in daily use for the past four years.

But surely there’s no point in lashing out hundreds of pounds on a phone, even if you had saved up the cash, when you can pick one up for nothing with a nice contract? And do you really need an iPhone? And can I get myself onto a good deal from whatever I’m on now?

I have already written about smartphone contracts, but I decided to really drill into the details this time. I asked somebody who knows about these things to do some research on the phones, and run some numbers for me, and we have come up with some interesting results.

The first problem you may have is your existing contract. I am on a sim-only deal with 02, who last February offered to double my minutes and texts from 300 to 600 for the same price of £15.50 a month – but only if I signed up for 12 months. Believing I was wedded forever to my dear Nokia steamphone, I said OK, sounds like a no-brainer. It was – for 02. Because now I want to upgrade, and to do so immediately would cost me £51. If I wait till November it will cost me nothing – but I would have to go onto an 02 contract.

The next thing is to work out what I might actually use. Although I signed up eagerly for 600 minutes and 600 texts, I am not even using the 300 limit I had before…so much for my bargain!

If I want a monthly payment iPhone with 300 minutes and unlimited texts, it will cost me £32 a month on a two-year contract with 02, plus £203 for the phone if I want the iPhone 4, free if I take the iPhone 3. However, word has it that the Samsung Galaxy S gives the iPhones a very good run for their money – and it comes at only £27 a month. I’ve read the reviews, and listened to recommendations, and I’m impressed.

It depends what you want a phone for. A friend who has upgraded from the 8GB iPhone 3 to the 16GB iPhone 4 swears that the only difference is a better camera. The 8GB Galaxy is said by its fans to be bigger-screen and faster than its rivals – just no iTunes. The HTC Desire is hugely popular.

If I waited till next February to escape 02, I couldn’t find much better deals on the iPhones anywhere else. But I could go to TalkMobile, an offshoot of Carphone Warehouse, and rent a Galaxy on a similar two-year deal for £18 a month. In fact it’s a better deal than the £27 on 02, because it includes 1GB of mobile data, not 500MB.

Do the sums, and you’ll see that with an ultra-cheap sim-only deal, you would pay a little more (£60) over two years to own the Galaxy – but if you could bear to keep the phone for another year, you would soon be in the money with a cost of only £8 a month. As for the iPhones, two-year savings over the 02 contract prices could reach £220 for the iPhone 3 and £275 for the iPhone 4 – and you own the phone.

Leaving the network you are on, and keeping your beloved number, is no problem. You just ask your provider for the ‘PAC code’, and they are obliged to give it to you more or less straight away. Your new provider, whatever the contract, just needs the PAC to be able to transfer your existing phone number.

The big question for many might be, what if after two years I am tired of my archaic, old-fashioned Samsung or iPhone4 and want to upgrade? OK, if you must have the iPhone 5 6 and 7, go for a contract – but it’ll cost you! If you can obtain the cash up front, think about it – just make sure you buy from a reputable supplier and have your guarantee.

The bonus of the buy-the-phone plan for me would be that I could go ahead right away. All I have to do is upgrade my sim-only contract with 02, for the last few months until it expires, to include 500MB of data. That’s enough for the average smartphone user, according to 02, though you have to take their word for it. The 3 website has a checklist of sample data for various demands, but there may be more useful versions out there if you can find them.

Don’t forget to check out my previous blog on smartphone contracts!

Tie yourself down for two years – or not?

You could buy the phone and pay as you go – then it’s up to you how much or little you spend on mobile calls and texts. However, call and text charges are generally higher than the ones built into contracts mobiles, and you need to get a keen price for your handset. On the other hand, with a contract you have to commit to a 24-month period with one network – unless you want to pay a lot more for a 12 or 18 month deal. It could be easy to lose track of how much you are spending, or whether the deal really suits you as time goes on.

What do you want to do with your phone?

A data allowance of 500MB will allow you five hours browsing the internet, 500 e-mails, 16 four-minute music tracks and two four-minute video clips. If you stick to e-mails and the web, 500MB will certainly be enough. Forget downloads, they eat up the data, and you might feel using your MP3 player or iPod for music makes more sense. Check how much data will be needed by any app you must have – for me it will be Google map, so I don’t get lost. Heavy users worried about overspending could consider an “all-you-can-eat” plan. Three , for instance, offers a new smartphone with unlimited data for £35 a month.

Have you checked what deals are out there?

It’s surprising how much variation there can be on similar deals, as our researches above show – you could save literally hundreds over two years by using comparison websites to check prices on the precise deal you want, or just checking the phone company sites for their prices. Talkmobile is well worth a look.

What about taking the phone abroad?

Warning, you are entering a danger zone. However, if you plan to use your mobile abroad a lot, you can sign-up to an international tariff. Examine exactly what it covers and whether it is likely to be worth it. Otherwise the basic rule is: if in doubt, and you have to take your smartphone abroad, don’t leave it switched on! Or just leave it at home and try life without it for a few days. Or if you can get your hands on a SIM card, take your old phone and use it sparingly. 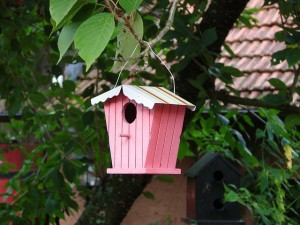 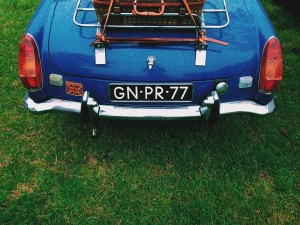 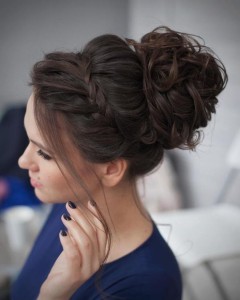