Is Uber exploiting workers to make our taxi rides cheaper?

UPDATE: Uber drivers have now WON their case to be recognised as workers rather than self-employed, meaning they will be entitled to holiday pay, paid rest breaks and the National Minimum Wage. Find out more below…

The ‘precariat’ is on the rise. Of the 14 million self-employed workers in the UK, there are now 2 million so-called ‘casual’ workers – a significant segment – who power the ultra-convenient consumer service companies like Deliveroo, Uber and Hermes.

These new industries are charting new waters in the traditional employer/employee model. They don’t take on full-time workers on contracts; instead they have a huge pool of casual workers that can log into the app and work when they like. Instead of answering to a boss, they are ordered around by a complex algorithm.

The result of a lawsuit brought against Uber by the GMB union on behalf of some disgruntled drivers is as follows;

The crux of the drivers’ argument is: Uber treats us like employees, but has none of the responsibilities of an employer.

At the moment, those running the big beasts of the ‘gig’ economy have the best of all worlds. The companies hark on about the magic ‘flexibility’ they provide for their workers, who can work as much or as little as they like to supplement their income. But without contracts, they can cut their employee’s pay at a moment’s notice.

Strikes against Deliveroo and UberEats over the summer centred around sudden pay reduction that adversely affect workers who have come to rely on these jobs as a full-time source of income. As for sick pay or holiday pay? Forget it. If you phone in sick, you can expect your ‘services agreement’ (a contract by another name?) to be terminated by an algorithmically-generated message. Nice, huh?

As James Farrar, a plaintiff in the case against Uber claimed, the company treats its drivers like employees because they have utter control over the work that they do – forcing them to take on jobs or sending them into the dreaded “time-out” zone in which they can earn no money. The illusion they like to propagate is that these workers are in some kind of control of their income- the truth is, when you work for these companies, you do what they ask, when they ask you to, for however much they say, or you can go. After all, workers may switch off the apps in droves, but there will always be other workers in desperate need of extra income to fill the gaps.

Whilst many of the socially conscious class threw their arms up in horror at the revelations of the uncertainty facing zero-hours contracts workers at Sports Direct, there’s been little fuss made about the dire lack of stability for casual workers.

Companies that are providing, in effect, full-time work for employees are in a position of moral responsibility to those workers. Government legislation clamping down on such companies, as Iona Bain pointed out in a recent article, is welcome. A government-commissioned independent review in February called for better conditions for the self-employed (most notably in mortgage attainability, simpler taxation and more general government support). Noble words, but will they actually amount to anything?

The likes of Uber and Deliveroo could take on a smaller but better-trained team of drivers full-time, providing a minimum amount of work and benefits. Sure, it could mean lots of drivers being forced to look for work elsewhere and that would shine a light on the alarming number of low-skilled workers (many of whom are migrants) being thrown on Britain’s job scrapheap, furiously peddling away to keep our economy going. The ugly machinations that make sure we can get cheap cups of coffee in the morning and a discounted personal chauffeur to take us home at night.

The fact that Uber is resisting Sadiq Khan’s legislation to make drivers take an English test show that their interests are clearly not in providing the best service to consumers, but in keeping up their access to a ready, cheap and endless supply of labour. What it shows is that we are building our great economic recovery on the backs of migrants, turning a collective blind eye to their terrible pay and the large numbers of slums cropping up to accommodate them. All because we know they are desperate enough to put up with it all.

We have been told that resettlement for migrants means a better life when in actual fact it largely involves sucking other countries dry of their young workforce to make OUR services and goods as cheap as possible.

Instead of using the likes of Uber as a long-term sticking plaster for those problems, we should be willing to confront businesses that exploit low-skilled workers in the hope that we can start tackling our warped economic model – erected on shaky and highly immoral foundations.

The rise of the casual workforce is clearly good for companies and helps businesses grow. Indeed, this model can also be very beneficial for those who want to work flexibly and be their own boss.

But it’s patently clear that legal rights for the self-employed need to keep up with an increasingly complicated “gig economy” where some big businesses are pushing the envelope as far as possible. 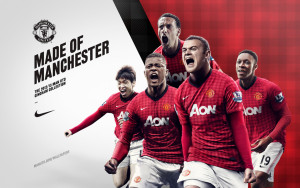 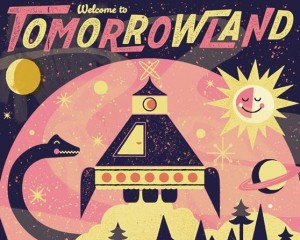 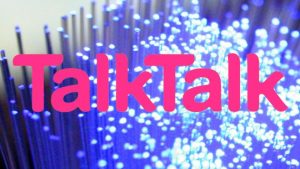