It’s official. We are not Generation Avocado. The long-awaited report from the Intergenerational Commission has concluded, after two years and over 200 pages, that millennials are burning 15% less cash than baby-boomers are – whereas in 2001 that 18-35 age group spent the same as 55-64-year-olds.  So much for our stereotype as avo-munching hedonists.

Hardly surprising, when we have a new and massive burden of student debt on our shoulders.  Ironic, isn’t it, that it was the chairman of the Resolution Foundation himself David Willetts who, as universities minister in 2010, trebled tuition fees to £9000.

Amid all his hand-wringing over low pay, thin pensions and expensive housing, isn’t it that huge debt overhang that is really oppressing so many millennials? And how is it that this issue is nowhere to be found in the report’s “10 key intergenerational facts” or barely in its 35 policy recommendations?

But to be fair, Lord “Two Brains” Willetts has focused his commission’s attention on every other possible avenue of change, and produced some radical proposals which deserve an airing. 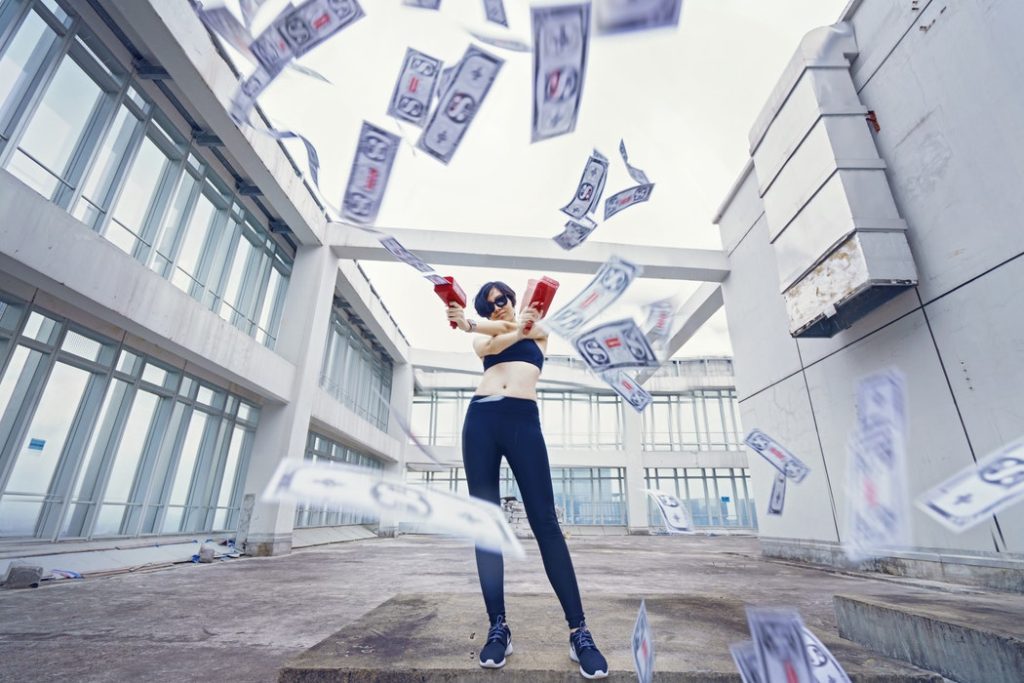 Perhaps the least likely kite to fly is the report’s final flourish, seized on by most reports  – a £10,000 bung for all 25-year-olds.

So a 35-year-old now onto his second property will get a £1000 lottery win out of the blue?

The windfalls would be somehow policed so they could only be spent on a housing deposit, training, starting a business, or pension contributions. (So no new kitchen then.)

Surely those who stand to inherit from the baby-boomers don’t need a subsidy?  “Many will not inherit, and those that do are likely to receive this support shortly before retirement rather than in the expensive family-raising years,” the report counters. It says the average age for receiving an inheritance is 61.

The Institute of Economic Affairs was scathing.

“£10,000 is a large sum of money, but with the cost of living so wildly out of control, this kind of pay-out wouldn’t be near enough for many young people to pay off their debts or get on to the housing ladder. A much more effective and less costly approach would be to liberalise our restrictive planning system to bring down the cost of housing altogether.What is essentially a short-term bribe will not distract young people from the barriers to entry they face when trying to transfer into adulthood.”

This blog has pointed out that without financial education, such handouts may be ineffective, even dangerous.  Others object that such largesse should always be means-tested. But the report says: “More widespread asset ownership among the young has a role to play both in reducing the risks they face and encouraging more positive risk-taking – such as retraining, moving jobs or starting companies – that could have economic as well as individual benefits.”  It takes ‘inspiration’ from the Child Trust Fund and Help to Buy but says merely ‘matching’ people’s savings means a bias towards the better-off.

The commission, which included the chiefs of the CBI and TUC, says the 10K would provide 40% of the average home deposit for a first-time buyer – or over 50% in “half the regions and nations of the UK” – or  multiple rental deposits for people on the move.   It would equate to a tuition fee loan for a master’s degree, or could be used to pay off typically a third of student debt – though the report admits this might not be a good idea.

Enter an unrepentant Lord Willetts, addressing the issue of tuition fee debt.   He says the so-called “citizen’s inheritance” (the bung)  is fairer than for instance using taxpayer subsidies to write off debt, which would mainly benefit higher-earning graduates and nobody else.

The current inheritance tax is already under review by the Office of Tax Simplification (are taxes dreamed up by the Office of Tax Complication?)  It raises over £5bn but it would be scrapped.  Instead, we would all have a tax-free ‘lifetime receipts allowance’ of just £125,000  (remember how much houses are worth) and then be taxed at 20per cent rising to 30per cent once inheritances pass £500,000.

Pensions company Old Mutual Wealth points out that “most of the older generation’s wealth is currently locked up behind windows and doors” and that recipients would probably be forced to sell the family home to meet tax charges.

“Moreover, taxing the recipient rather than the donor would appear to mean that an only child inheriting a £250,000 estate would be hit by the tax, whereas two siblings receiving equal halves would not.” 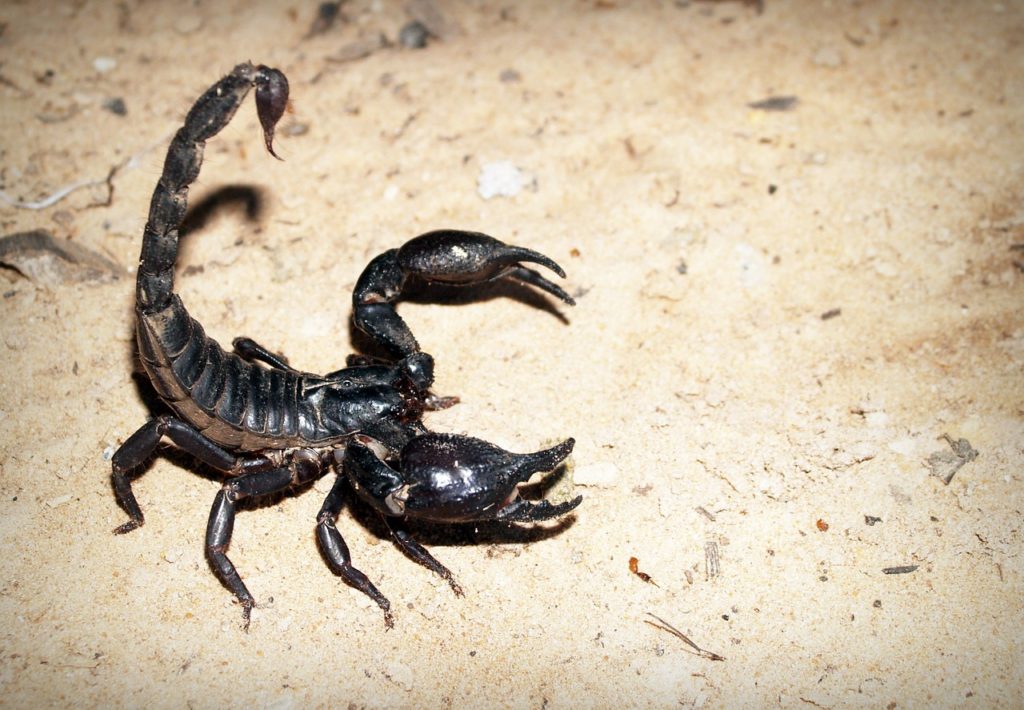 Right now no matter how big someone’s pension is they can tap it after age 55 for a tax-free lump sum. It’s one of the big attractions, 25 per cent in cash, tax free. The commission wants to limit those tax-free lump sums to £42,000.

Those paying the higher rates of tax would get a double whammy with a cut in the tax relief on their pension saving from 45% or 40% to a flat 28%.

The good news is that ordinary earners would see their tax relief jump from 20% to 28%, and the lump sum tax windfall would be used scrap national insurance on employee pension contributions (didn’t know you paid it? well you do.)   That would add another 12% to tax relief, so the total relief on pension saving would double from 20% to 40%  –  quite an incentive.

There’s worse to come for people with healthy private workplace pensions. They would have to pay not only normal income tax but an extra 6% tax on pension income above the personal allowance.  Ouch?!

And if you are one of those baby-boomers who can’t afford to retire, you’re not safe either.   You would have to start paying national insurance on your earnings above state retirement age  for the first time.

The £2.3bn raised from the oldies by those two measures would fund a new ‘NHS levy’. The commission explains that it is an “opportunity to raise revenue to fund health costs from the cohorts (age groups) that will disproportionately use these services”.    Fairer than hiking the tax of younger workers , who are shrinking in number due to an ageing population.

As for the raging controversy over social care, the commission suggests “an increase in property-based contributions towards care costs, but with strict limits so that no-one pays more than a quarter of their wealth towards their own care”.

Finally Lord Willetts would kill the sacred cow that is the ‘triple lock’ on state pensions, promised by politicians who don’t care that it would bankrupt the country within a few decades (as they’ll be gone).  The automatic 2.5% uplift would go, and the new state pension would be tweaked a bit higher.

“The Resolution Foundation has thrown the kitchen sink at some of the biggest challenges facing society today. Some of the ideas, such as paying £10,000 to everyone over the age of 25, feel like gimmicks that will never see the light of day. Others would face severe practical challenges if they were to be implemented. There would be significant complexities to overcome in establishing a flat-rate of pension tax relief, particularly in relation to defined benefit pensions. Furthermore, any move to cap tax–free cash would need to be fair to those who have already contributed to a pension based on the rules of the existing system.”

“Only about one in ten pensioners continues working past state pension age and are not all well off. Many older workers keep working because they do not have good pensions and are trying to make ends meet. It is wrong to see them as an answer to the care funding shortfall.” 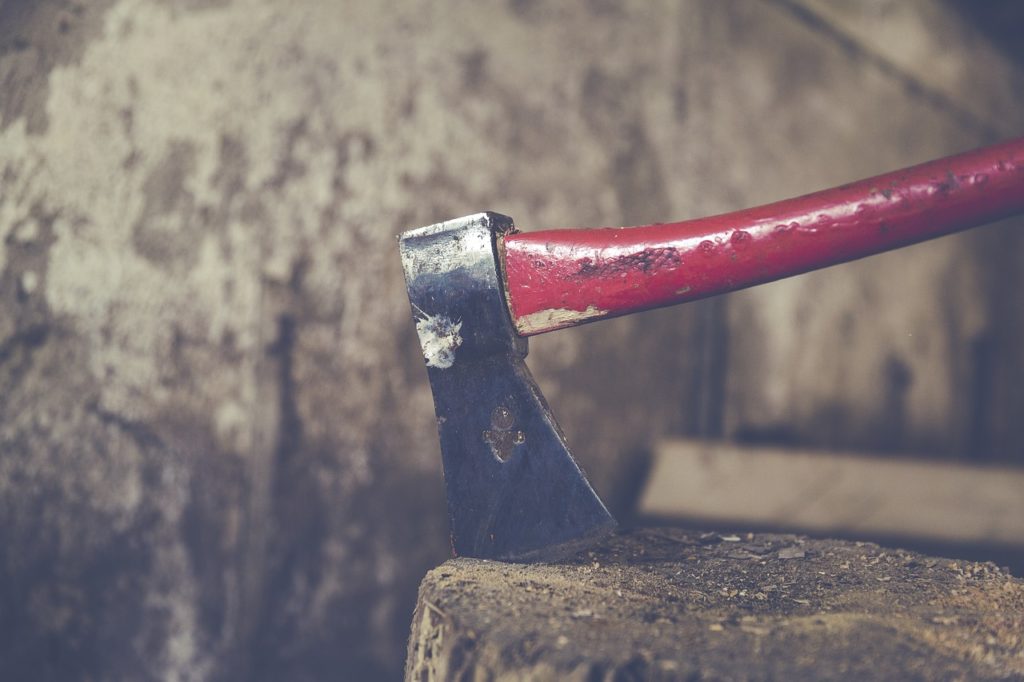 “The good news is that younger millennials, who entered the labour market after the worst effects of the recession had worn off, are starting to move jobs more frequently, and there is evidence of a very recent uptick in job-to-job moves for older millennials too, “ the report says.  “This suggests that more young people are now likely to be receiving the higher pay rises associated with this.”

It goes on:  “However, a collapse in starting wages means that this group of younger millennials is building from a much lower base…(and) faces a much steeper climb if they hope to achieve higher earnings at each age than the cohorts (that word again)  that came before them.

“They are also more likely to be doing low-skilled and atypical (burger-flipping) work. These fundamental shifts in our labour market mean that young people are not only being paid less but are shouldering more risk than their predecessors did. As a result, they are taking fewer voluntary risks, with implications for their pay and progression.”

Well the remedy doesn’t sound all that new, it’s a  “£1 billion Better Jobs Deal” (how come everything always costs £1bn?)

It means “financial incentives and support to help with the upfront costs of taking up a new job, relocating for better work, and training”.  But it would be voluntary and would target the 1.2million  under-35s in low-skilled work.

Next on the hit list is zero hours contracts.  The commission wants to “improve security for self-employed, atypical and the lowest-paid workers via extended statutory rights and greater certainty around working hours”.   After three months working regular hours with no contract, you would have the right to a fixed-hours contract based on that record.

To pay for it, corporation tax, currently 19% but set to slide to 17% in 2020, would be held at 18%, raising £2.9bn by 2022 – enough to fund the £1bn jobs deal and throw some much-needed money at technical education, T-level placements, and monitoring of apprenticeships.

What about us self-employed?

Well, the commission wants the firms who give us work to contribute to our pensions too  (I’m all in favour) as well as providing “default routes via which the self-employed can save into pensions” (though we do already have the LISA, and I’ve recently picked up my first 25% bonus from the government).

More controversially, the commission believes auto-enrolment into a pension at work should be extended to anyone working 15 hours a week, earning barely £6K.  I’m really not sure about that one – there’s a serious debate to be had about auto-enrolment at such low levels.

SO WHAT ABOUT HOUSING?

Finally to the elephant in the room.   The Willetts prescription for this seemingly incurable British disease is as follows:

On Help to Buy the report notes that over a third of those given the handouts admitted they could have bought a home (OK, maybe not such a nice one) without it.

For renters the plan is:

There is one thing at least that Resolution and Young Money agree on. The commission backs up the blog’s view of millennial stereotyping.

It concludes: “There is no evidence that they are lazier or more demanding at work; they do not trust institutions less; and they do not have a different relationship with brands than previous generations. The characterisation of millennials as disloyal job-hoppers is wrong: they move jobs less than their predecessors at the same age. Overall, we should be cautious of such myths distracting from the realities of what is happening to the living standards of younger generations.” 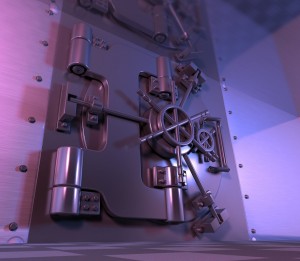 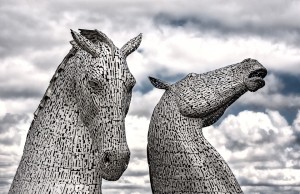 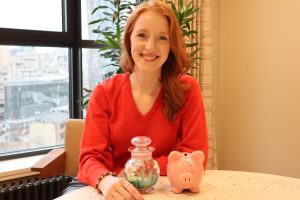