How walking can save you, in more ways than one

Deja vu. My gym membership cost just went up AGAIN. Seriously?! I remembered writing about how Virgin Active hiked my monthly payments last July for the Mirror online. I resolved to join a gym further away only to discover it had no pool (the only reason I was gymming it in the first place) so I came crawling back to Virgin.

Yet just because it was up my road doesn’t mean it was totally up my street. The swimming pool was good but the therapeutic benefits I was trying to get from the meditative calm of swimming up and down, alone with my thoughts, was obliterated by the second-rate dance music pumping out at all hours of the day or night. On occasion, I went very early in the morning hoping there might be a slightly more chilled vibe, but the playlist was still Pacha Ibiza at midnight after three lines of coke. It’s 7am in the morning, I can’t even remember my own name at this time and yet you’re trying to pump me up like I’m about to go on stage at Wembley.

Nonetheless, I put up with this because where else would I get my exercise so conveniently?

Then low and behold, I got a letter this summer informing me that my membership will now cost £51, not £49. This rise is ostensibly for “improvements” made to facilities.

It ain’t a king’s ransom but paying an extra £24 a year was not the good news I wanted to hear at a time when I’m trying to make savings. It was the final straw. Not for the first time, I cancelled my membership and told myself…I can do better than that.

And I have. By deciding not to pay anything at all. You see, I have discovered the joys of walking. This is the perfect time of year to strap on your boots and get out in the great British countryside. It’s not too hot and it’s not too cold – all you need is a relatively sturdy jacket, to paraphrase Cheryl Frasier from Miss Congeniality.

Yes, you might think this advice is from the school of the bleedin’ obvious but when was the last time you got out and had a good walk? If you can’t remember, it’s been too long.

Bright and crisp Autumnal days are the best. The air fills your lungs with an intensity and freshness that nothing can match. If you’re brave enough to forgo your mobile distraction of choice – phone, MP3 player, in my case a doddery old shuffle – at least some of the time, I would describe a long walk as shock therapy for the brain, perhaps as effective at clearing depression as electroconvulsive therapy but without the anaesthesia and flashbacks to One Flew Over The Cuckoo’s Nest.

The more tranquil and remote, the better. I went to the Isle of Sheppey last weekend to clear my head. I didn’t plan it beforehand but I just knew it was time to get out of myself (and London) and do something that was almost Neanderthal in its simplicity (putting one foot in front of the other) and at the same time, a bit scary and totally engaging. I had to concentrate to make sure I was going in the right direction and that I wouldn’t get lost. I had to keep my wits about me so I didn’t trip because I’m guessing that, in the middle of a vast nature reserve, paramedics wouldn’t come with Flash-style quickness. Nonetheless, once I got into my groove, I found it intensely relaxing, invigorating, confidence-boosting and mentally productive, all at the same time.

The fact that I only paid a cautionary £15 for extra petrol en route made it all the sweeter. I was back in time for tea and since I’m not drinking at the moment, I didn’t feel the urge to hit the pub (though it looked very nice) and reward myself by getting plastered, thus undoing all the good physical and mental work just achieved. Also, I had to drive there and back, but I doubt I would do anything differently even if I was getting a lift.

It helped that I picked one of the most starkly beautiful corners of the country for my walk, but OF COURSE you can get a lot of the benefits I described by having a brisk walk in your local park, down by a river or canal and getting to the coast if you’re in the vicinity. It sounds so simple, yet many of us (myself included) often don’t make time for it because we’re too rushed off our feet.

I know that some people describe a similar high (for that’s what it is) when they run but running and I don’t really gel. My small frame, limited stamina and aversion to putting stress on my joints and thus acquiring a dodgy hip that might need replacing in another five years rules me out of jogging. Besides, have we now instigated the religion of running at the expense of its more moderate and possibly better cousin; the good old-fashioned walk?

Natural health expert and author Marilyn Glenville says running on the treadmill can actually produce unnecessary stress hormones such as adrenalin and cortisol and can be a stress on the body, whereas walking is great for the cardiovascular system but is also a great stress reliever and doesn’t put any pressure on our poor little adrenal glands. And there is much scientific literature to suggest walking might just be the optimal – and certainly the most do-able – form of exercise for practically anyone.

Doing this far more regularly, combined with a few trips to the swimming pool each month, will be more than enough to keep my exercise levels up, stress levels down and (hopefully) mental health on an even keel. Given that Monday was World Mental Health Day, it astonishes me how individuals and society undervalues time and effort spent on promoting psychological wellbeing. Yet depression and anxiety is thought to cost the global economy £651 billion a year, according to the World Health Organisation.

So I’m determined to embrace the simple and free things in life as a tonic to all this nerviness, no doubt induced by being constantly plugged in through the internet to an aggressively consumerist world. Taking a step back, and a step out into the real world, is surely the way forward. 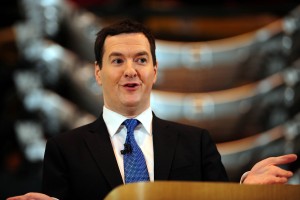 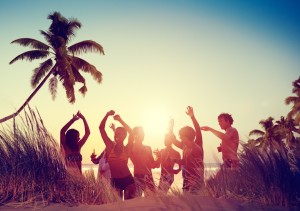 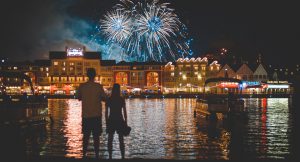