Following the Grenfell Tower tragedy, there will be much said about the plight of people in poor housing over the coming weeks and months. And much of it will come from journalists who are entirely removed from it.

Those in the media who weep and wail about what’s happened at Grenfell are exactly those who routinely ignore stories that affect the working poor in Britain today. The editors who won’t publish stories about debt, financial exclusion, housing injustice and real corporate greed.

The editors with large buy-to-let portfolios, feathering their nests and oblivious to the pain being felt by many just down the road from them. The editors who never step foot on a London housing estate and don’t face the risk of their homes being demolished to make way for “better” ones, like I have seen with my estate in West Kensington, with major questions hanging in the air about the safety and quality of new-builds today.

West Kensington and Gibbs Green is just one part of West London that has lived with the shadow of so-called “redevelopment” for many years. The local community is locked in a rancorous dispute with the developers, CapCo, over plans to knock down our homes and make way for a newly gentrified neighbourhood.

The deal is unlikely to be undone owing to what many have called a “secret” contract signed between the developer and the previously Conservative-led council in our borough, Hammersmith and Fulham.

The problem is not the buildings we live in. One of the canards you will now hear trotted out by highly-paid opinionators is that post-war towers are by their very nature unsightly and unsafe. The latter is a matter of taste (certain Brutalist works like Trellick Tower, very near Grenfell, are actually listed buildings) and the former is simply not true in most cases. Our building is ex-local authority, built in the 1960s – good quality, with spacious dimensions, and made out of concrete and brick. You don’t have to be a safety expert to know those two materials are not easily flammable. It is also perfectly attractive (note to hipster architects: red brick stands the test of time!) And it helps that its’s low rise, with a decent balcony, opposite a well-maintained children’s playground.

Of course these post-war buildings aren’t perfect. Some are too cold in the winter, too hot in the summer. Some are genuinely hideous to look at. And the plumbing can be somewhat dodgy (as my three invoices to plumbers in the last three months will show). But they are a stark testament to the house building revolution in the UK after the Second World War, which cleared away the urban slums that my grandparents lived in and created millions of new homes for working families.

We will need the same kind of housing boom today (at least) if we have any hope of combating the demographic, social and economic changes that will kindle unprecedented and indefinite demand for housing.

These post-war homes also provide a lamentable contrast with the shoddy, stingy and soulless new builds that are being foisted on us today. Emma Dent Coad is the newly elected Labour MP for Kensington (in a vote count that I broadcast to nearly half a million people on Twitter last week) and has spoken of the complaints drip-feed she gets from constituents herded into substandard new-builds, far outnumbering the people unhappy with the post-war blocks they live in.

What people are really unhappy about across London, but particularly in places like North and West Kensington, is that gentrification is the default answer to people’s housing problems. My neighbourhood wants community control of the blocks so we can sort out problems for ourselves, build neighbourly relations and generally do all we can to keep ordinary Londoners in their homes. But no. We’ve got to have the whole place razed to the ground so we can be moved into high rise buildings with miserable proportions, no gardens and quite possibly VERY questionable health and safety regulations.

I know all my neighbours. We look out for each other. We all have different jobs, different lives and different crosses to bear. But we are connected by where we live, and we work together to let everyone here live the most peaceful and functional lives possible in the centre of London so we can keep this  global city going.

I am a journalist. I am part of the service economy. It is debatable as to the good I do. It is not debatable when it comes to my neighbours. They are nurses and taxi drivers. One is a single mum, bringing up a wonderfully polite girl, studying forensics so she can join the police force. One is a trainee architect in social housing. They are all doing vital work, yet often they feel they come right at the bottom of the societal pecking order.

We do not know for certain what caused the devastating fire at Grenfell at such an early stage. But the testimonies so far point not to flaws in the building’s original design but to cheap alterations made later on, using flammable materials banned in other countries, which could have been made far safer with just an extra investment of £5000.

In our community, there have been many questions raised about whether proper due diligence will be carried out on any new properties to make sure they are fit for habitation and commensurate with the homes we currently have – or whether we’ll be sold down the river, with a tokenistic pledge to build a minimal number of “affordable” homes, while the developer concentrates on wooing wealthy buyers.

The number of times you will hear cries of “social cleansing” in these boroughs…you may think this a conspiracy theory, or at least a misguided exaggeration. Yet when I first moved into Gibbs Green, I was shocked to discover that an initial deal to redevelop our area contained no plans whatsoever to relocate existing residents in the borough. This is not by any means a given for those displaced either by fire or redevelopment; only fierce campaigning ensured that residents got their voices heard.

Sadly, I wouldn’t bank on our media to give this area the scrutiny it deserves. Only today I saw an anguished Grenfell editorial, albeit a brief one, from an editor who has previously told me that the section she oversees “doesn’t do debt”. This is because the readership is a mainly wealthy one, I was told, so we had to stick to stories that affect them, not poorer people. Sure, I thought. Why on earth would you want to do anything to broaden out the relevance of financial journalism? Silly me for thinking that national newspapers have a social duty to publish stories in the national interest.

The housing coverage overseen by this particular journalist consists of fantasy homes, buy-to-let gripes and a luxurious world so far removed from the basics of fire safety in tower blocks as to be almost laughable (if it were not so horribly grim).

Ordinary people, like those living in the Grenfell Tower, being screwed over by their landlord, solicitors, the local council…this should be journalists’ bread and butter. It’s what my dad specialised in for the forty years he spent as a journalist, first as a regional reporter then as an award-winning financial journalist in Scotland.

I grew up seeing what a positive difference good, honest journalism can make in the world. But as I get older, I get more and more dismayed at the media’s priorities.

In my short(ish) time as a journalist, I have lost count of the number of times I’ve been told that an important story is “not suitable for our readership”.

We are instead encouraged instead to write about issues that will enrage or enrich a minority of already prosperous (mainly older) readers but are irrelevant to the rest of us living in The Real World. This part of the media seemingly hopes that older, wealthy readers have somehow discovered the elixir of immortality and that they won’t, in fact, die one day.

In the meantime, there is an entire generation crying out for their financial reality to be reflected in a three-dimensional way by our media. And it’s just not happening.

Now, young people feel journalism is out-of-touch and unfairly warping the financial agenda. And I don’t blame them.

But it is a travesty, because it means those alienated young readers are going online instead for unverified, sensationalist and shallow clickbait. We won’t feel the full force of this trend for some time but the effects could be profound and devastating.

Most journalists came into the profession trying to make a positive change, not sustain a faulty status quo. We now have to sit down and figure out where things have gone wrong – in so many ways – before it’s too late. 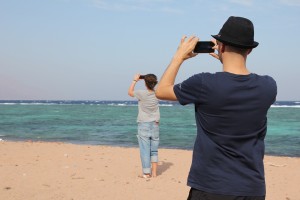 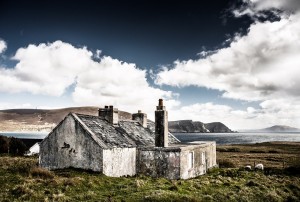 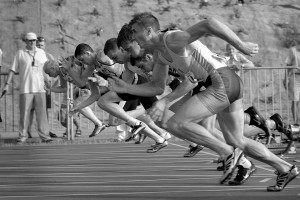