Credit Card Q’n’A – would capping interest be the answer?

The UK’s credit iceberg – it just won’t melt, and we don’t know how deep it goes. Millions of borrowers (many of whom are young and on low incomes) are delicately perched on huge amounts of debt that could sink them if they had even a slight change in their circumstances. A world of vast consumer choices, as well as fast and lightly-regulated credit, have been to blame – but what can we do to avert disaster? Would capping interest rates help those who are already losing control of their debt? I look at the pros and cons of this policy, mooted by some as a solution to our debt woes…

Why are we discussing this?

The UK’s personal debt pile was valued at roughly £200bn last year, and is rising all the time. Borrowers have been able to take advantage of record-low borrowing rates and overly generous offers, such as longer balance transfer windows on credit cards. Debt campaigners are worried that this means borrowers have taken out money that they can’t really afford to pay back, and that once interest rates go up (following the Bank of England’s decision to start hiking the base rate last year), many will default on payments and once again cause problems for our banking system, and the overall economy. Plus, onerous debt traps individuals and forces them to prioritise repayments in order to keep their head above water, rather than make financial progress by saving money or investing into a pension/Lifetime Isa.

Who has suggested capping interest?

The Labour Party has promised to cap the interest payments to no more than 100 per cent of the sum borrowed, saying it would help three million borrowers “trapped by their debt”. The Conservatives currently have no such pledge, although it has committed to banning surcharges on credit card transactions.

Possibly. A similar cap on the borrowing costs for payday loans has proved relatively successful, stopping many sharp practices in that industry. But experts say payday loans are very different from credit cards. Stuart Carmichael of the Debt Support Trust says:

If we think about how consumers use credit cards, it‘s very different to short-term lending. Consumers that can acquire a credit card will typically borrow on an interest-free card at first and go to their credit limit. Once the interest-free period is over they will balance transfer to another interest-free deal and often the credit limit will be raised. This process continues until they can’t balance transfer any longer, at which point they have a debt problem and often seek advice within one year. It‘s not always like this but we typically speak to people when their situation changes and they can’t balance transfer again. Capping interest and charges wouldn’t work in this scenario.

How should it be applied?

Experts believe it could be problematic if the cap was applied across the board.

Andrew Hagger, founder of advice site Moneycomms, said he suspected little thought had been given to how a cap would work in practice. He says:

“For a start the ‘you won’t pay more than double’ ruling should only be applied if a person is in dire financial difficulties with no means of repaying the debt. However, card companies and debt charities already often arrange for interest to be frozen/suspended in these circumstances anyway. The other thing is that a credit card balance isn’t made up of a single transaction, the balance continually fluctuates – so how would you set the starting point for this measure to kick in?”

Labour wasn’t forthcoming on how the ban would work in practice, and since the FCA has dismissed the proposal, we are unlikely to know how it would work until we approach the next general election – whenever that might be.

What do the decision makers think?

The Financial Conduct Authority has already rejected the idea, which it says would cost lenders up to £1.3bn a year. But it has made other proposals. The regulator has estimated that 3.3 million credit card customers are in persistent debt, meaning they pay more in interest and charges than in loan repayments, and they typically pay £2.50 for every pound repaid. So it’s proposing a faster repayment regime for those in persistent debt after 18 months, and a repayment plan with a borrowing freeze, as well as a waiver of further charges if necessary after a further 18 months.

What else could help?

With credit cards, increasing the levels of minimum repayments and fixing minimum repayments so they don’t decrease alongside the balance are simple and low cost ways that this could be achieved. We urge the FCA to consider these proposals as part of its forthcoming remedy package.

At present, the minimum monthly card repayment amount is typically one per cent of the loan, so it decreases as the outstanding loan reduces. Repaying only the minimum, a £3,000 card debt at 17.9 per cent would take 27 years to clear at an interest cost of £4,000. If the initial £70 monthly repayment was fixed throughout, the debt would be cleared in seven years with only £1,500 of interest.

Another measure that would definitely help borrowers stay out of the danger zone is banning the automatic increase of credit card limits. Last year, Citizens Advice found that 18 per cent of people struggling with debt saw their credit card limit automatically raised, compared to just 12 per cent of cardholders in general.

Are credit cards the only problem?

Definitely not! Many experts, like Andrew Hagger, believe the real problem lies with unauthorised current account charges, where daily fees can far exceed credit card interest and even payday loan costs. The FCA has promised to crack down on this problem, as well as review car finance. Personal Contract Purchase or PCP deals are widely thought to be a more likely cause of a national debt disaster (if or when it comes) due to the complex nature of the loans and the fact that people are far more likely to default on them than on mortgages or other forms of debt.

What can I do if I’m worried about my debt?

Firstly, start dealing with it. It won’t go away of its own accord and it’s far better to face the music now rather than wait for it to get worse. Figure out what you owe and see if you can put together your own debt repayment plan. Prioritise the most expensive debts that you have to pay and move your credit card balances onto a 0 per cent balance transfer deal. Talk to your bank if you keep slipping into an unauthorised overdraft – they may decide to grant you a cheaper authorised overdraft. Don’t get me wrong, that’s still an expensive option, but it may give you more breathing space so you can get on top of things.

Draw up a budget so you know exactly where all the money is going, and make the necessary savings that you can put towards paying off your debts. Once you’ve done an audit of your household bills, it’s time to assess whether the weekly coffees can take a back seat while you get on top of your debts. It doesn’t have to last forever, but you’ve got to make short-term trade-offs for your long-term benefit. If the task seems too daunting or outside your control, contact a debt advice charity such as Step Change or your local Citizens Advice Bureau. They can help you put together a debt repayment plan, but you’ve still to be committed to budgeting and paying off as much debt as you can. And remember that you don’t have to pay for debt advice. Make sure you get the help that you’re entitled to!

Any questions? Leave a comment below or email youngmoneyagency[at]gmail.com. 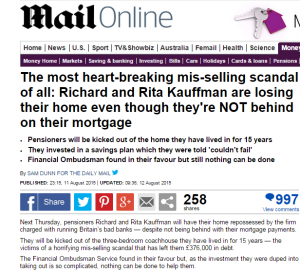 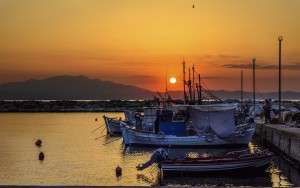 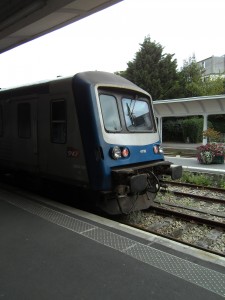