George Osborne – was he a friend or foe to the young?

George Osborne is back in the limelight as he takes (yet another) powerful job. I analyse his economy legacy for the young and ask; was he a Chancellor for young people or has he let our futures slip?

Exactly one year ago today, economic commentators were unravelling George Osborne’s Spring Budget – with few predicting it would be his last altogether.

What a difference a year makes. One year after unveiling his package of controversial economic policies, Osborne is no longer chancellor but holding six jobs instead, one of which will be editor of the London Evening Standard (as we have learned today).

So now Osborne has moved on, can we now fully analyse his economic legacy for young people? And can we ask whether his “achievements” make him fit to edit a newspaper read by many young people?

While it’s fair to say that the full ramifications of his policies remain to be seen, I would argue that many (if not most) of us are still struggling on all the crucial fronts – wages, housing and living costs – after Osborne’s six year reign at the Treasury. While political manoeuvres are never solely responsible for our financial prosperity, they certainly make a difference to young lives – for better or worse.

His initiatives included the Lifetime Isa, a handy way to keep pumping up demand for a roasting-hot housing market while also seeming to solve the pension savings crisis slowly unfolding in this country.

The product launches in just a few weeks time and promises to give savers under-40 a juicy 25 per cent bonus to help them get on the housing ladder or enjoy retirement more (with savers allowed to put away up to £4000 a year to get the bonus).

What this policy disguises is a general political trend towards self-reliance in pensions. In less polite terms, that means far less state pension in the future (certainly less than the generous triple lock in evidence today) and far more emphasis put on individual saving. It’s why we have auto-enrolment, despite the meagre sums that it is likely to generate for people when they (eventually) reach retirement. It is why young people are being told to expect a state retirement at 70.

Will the Lifetime Isa be the beginning of the end for state pensions? Perhaps that’s putting it too strongly, although any amount that we get in retirement is likely to be a blessing considering the direction of travel.

It will be highly tempting for many employees to quit their workplace pension to save into the Lifetime Isa once it launches (although there are only a few investment platforms offering the LISA so far, and not one bank or building society has come on board). To do that would be bonkers (if you’re on the payroll) as you miss out on employer contributions, frankly the only aspect that makes the whole shebang worthwhile (so long as you don’t bounce around too much between employers and leave little pension pots languishing everywhere).

And I’m very worried about the potential for people in a crisis to withdraw their LISA money and incur a whopping 25 per cent penalty; if it’s wrong to access your retirement savings prematurely, just remove that temptation altogether. It’s a flaw that could prove deadly for some misguided young savers. I have written about this in more depth for Prospect Magazine, so expect more detail on this soon.

But don’t just focus on the LISA, which arguably was political smoke and mirrors to disguise shortcomings in economic policy elsewhere. Take the Personal Tax Allowance, also promoted as a gift from the gods for young workers. Is it not the case that raising the amount that we can earn before tax is less advantageous than cancelling planned cuts to in-work benefits, which are perhaps making all the difference in keeping poorly-paid workers afloat?

The Institute for Public Policy Research has found that gains from a higher personal tax allowance will flow to the richest 50 per cent of families in this country while the poorest 10 per cent will see no change in their incomes. And Ryan Shorthouse, director of the liberal Conservative think-tank Bright Blue, recently said: “Reductions in the generosity of universal credit and the ongoing freeze on in-work benefits are disproportionate and unnecessary.” (Trust me, he ain’t the only one to say this). Meanwhile, the Joseph Rowntree Foundation has said that cancelling these benefit cuts would put £1000 in the pockets of the poorest households and cost less than the rise in the personal allowance.

As for raising the Isa allowance to £20,000 this April? Research from the debt charity StepChange has found that younger people are not as motivated by rises in tax-free perks, as they generally do no earn enough to feel the full benefits of the move.

Cuts to tax relief for buy-to-let landlords (also coming on stream next month) might seem like good news on the surface but this could have actually done little to free up much-needed housing, or indeed calm down our red-blooded buy-to-let market.

Glynis Frew, chief executive of Hunters Property, said: “This could mean landlords opting to come out of the private rented sector, creating reduced supply or increased costs which could again mean an increase in rents. The more average rents rise, the more ownership figures fall. This is a bad decision which will affect not only landlords but renters, first time buyers and second steppers.”

Let’s not forget that Osborne also started the upward trajectory of insurance rises for car drivers, which Philip Hammond has so kindly continued in his most recent economic statements, and there has been a scandalous deterioration in the financial help given to young people who wish to attend university. Not only have we seen the end of the free university tuition our parents enjoyed but even an end to maintenance grants for students and a retrospective hike in the £21,000 income threshold required to start paying back student loans.

And Osborne had numerous chances to address the shoddy state of our housing market while he was at the Treasury, but did nothing to stop MPs voting down an amendment to the housing bill last year which would have forced landlords to ensure homes were fit for habitation, while at the same time happily overseeing the reintroduction of Right to Buy, which has played a huge part in wiping out Britain’s supply of much-needed social housing (says pretty much every single person who knows what they’re talking about in the housing sector).

Osborne’s failings in the housing market, and indeed many other parts of his economic strategy, are ironic when you consider his new role as editor of the Evening Standard in a city that fast resembles the Capitol of Panem in the Hunger Games, where a wealthy, older elite have snapped up most central homes, pushing everyone else out into suburbs and shunting the youngest/lowest paid into squalid living conditions. How on earth can Osborne give voice to the worries of Londoners at this moment in time when he has played his part in creating these problems? 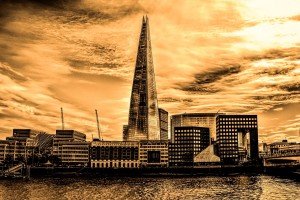 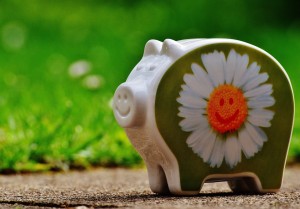 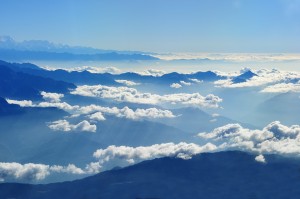