Bank to rights: Why my take-down of the Revolut Valentines ad went viral

Crass, cringe, uncool and creepy. Those were the overriding thoughts I had when I saw THAT advert for Revolut on the London Underground last week.

Now it emerges the ads are (most likely) bogus. Just how much can we *trust* fintechs to be honest, open and acting in our best interests?

Like many, I’m confronted daily by advertising on London’s public transport. Whereas one can close a newspaper, magazine or web browser, most commuters traveling in packed Tube carriages have to at least glance at the marketing campaigns that surround them.

The majority of ads are perfectly harmless and legitimate. Many are smart and on-message, and fintech brands have become particularly adept at understanding their potential audience, communicating a set of positive and empowering values and really conveying what sets them apart.

Revolut? Not so much.

How much does this ad infuriate me? Let me count the ways. Firstly, patronising language & awful single-shaming more redolent of early 2000s Bridget Jones, not a modern and empowered fintech brand (1) pic.twitter.com/rnIg3YXRfq— Iona Bain (@ionayoungmoney) February 4, 2019

This ad to promote – well, we still don’t know what – went viral as a result of my Twitter take-down on Monday. The story was picked by BBC News, 5 Live, BBC Radio Wales, The Independent, regional press and the Guardian, who even coined a rather apt Valentines Day ode to the saga.

“Roses are red, violets are blue, oi Revolut, what I’m up to on Valentine’s Night has got nothing to do with you!”

Don’t get me wrong: like many of the smart Alec Twitter critics who descended on my feed, I too care about famine, poverty and human rights abuses more than a tone deaf ad for a fintech brand.

But I am the Young Money Blogger, I have been writing about this stuff for eight years and if anyone’s going to call out a rubbish fintech ad, it’s gotta be me!

I stand by my Tweets and judging by the thousands of people who have contacted me to say they agree, I think I hit a raw nerve.

I won’t reiterate my points too much here. What I do want to highlight is the complete inadequacy of Revolut’s response.

“The purpose of this ad was not to take the mickey out of anyone, but to show solidarity with our fellow singles – with a dash of humour. However, with the current copy, I can appreciate that a small number of people have interpreted it differently, but that was not our intention,” they said.“Fortunately, going by the original BBC article with over 400 comments, the overwhelming majority of people are clearly not offended by the ad, and that’s encouraging. Nonetheless, we’ll take a deep look at this and learn from this as we go forward.”

This IS ultimately about Revolut’s customers, many of whom have contacted me to say they feel confused and misled as to how their data is used.
So DOES Revolut really know exactly what its customers are buying?
The answer appears to be “no”, given the (fortunate) limitations of current open banking technology.
So why is Revolut pretending to have this data? How many ordinary members of the public would understand what banks can and can’t see on their digital accounts?
And by appearing to unscrupulously snoop on customers’ data, why are they giving critics of open banking an open goal?
Here are some other bizarre facets to this story:
❌ Revolut hasn’t got in touch with me *at all*. Strange considering I’m the person who triggered the backlash.
❌It hasn’t even tried to explain how it arrived at this data – was it based on any of its data-set or completely made-up? Properly anonymised or just pseudonimised, potentially veering beyond GDPR compliance?
❌No apology so far to *its* customers who find it creepy and/or dishonest, instead claiming it has been “misinterpreted by a small number of people” and insulting our intelligence by saying it was “showing solidarity with fellow singles”.
❌And the final piece of ham-fisted PR? Legitimising a hardcore of 800 or so trolls who left comments on a story attacking me personally as a snowflake and using misogynist/personal smears, saying they represent the “majority” view.
Trolls have said I don’t have a sense of humour – you only need to read my blog to see I don’t take too much seriously – but what I do take seriously are banks mocking people for their life choices, riding roughshod over data concerns and failing to heed the very real reservations people have about open banking.
This is a slow motion PR car crash for a fintech brand that is completely alienating its key influencers and real target audience, and a masterclass in how NOT to deal with media or consumers. Competitors, take note!
And the ad isn’t even properly proof-read – as a lover of good writing, that’s the only thing that triggered me!

Nah. As a young woman in media, who is being smeared by trolls for taking a professional view, it takes a lot to offend me. I just thought it was creepy, weird, dishonest &…well…rubbish. Thousands of people who have contacted me agree. Have a lovely Valentine’s evening! 😘 https://t.co/GVe452lUfu— Iona Bain (@ionayoungmoney) February 5, 2019 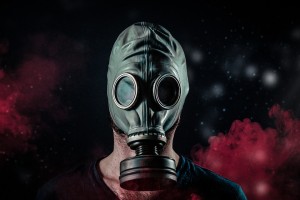 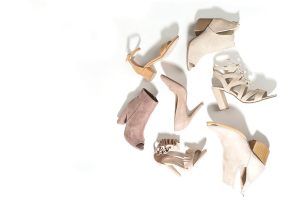 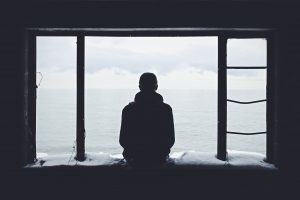