Is the pensions challenge realistic or demoralising?

As auto-enrolment creeps up on young workers, should we resolve to make more active decisions about our financial future…or leave it up to fate?

The swirl of negative headlines surrounding the pensions industry, the latest being the £1.4m fraud hitting the Nest corporation, would make anyone stop in their tracks.

Nest, for the uninitiated, is the new state-backed pension provider for workplaces that lack an existing pension scheme. It was created in the wake of auto-enrolment, a new regime requiring workers to ‘opt out’ of workplace schemes. If workers sleepwalk into this arrangement – and the majority are expected to do so – they’ll remain in the same scheme until they leave that workplace.

Companies will, at the very least, match their employees’ contributions, injecting more money into the pot. The basic theory behind auto-enrolment is that people will be unwittingly coaxed into saving for their retirement, not only receiving free money from their employer but taking some of the responsibility off the government in the future when state pensions will be squeezed.

Sadly, a major vehicle for this new pension project has suffered a setback in the form of a fraudulent transaction. It was so serious that the chief executive, Tim Jones, decided to waive his bonus while the company got its systems back under control.

Though this seems like a rare glitch, the incident will do nothing to bridge the gulf between pension schemes and sceptical critics, who fear that long-term savings vehicles place a burden on young people today without providing the guarantee that the funds will really do their job in the long haul.

This is also refocusing attention on what happens to a pension pot when young employees up sticks and leave a workplace. Since this could happen several times over the course of a young person’s career, that could produce an awful lot of dormant pots potentially racking up charges.

This is an unintentional consequence that the government is working to resolve, with proposals for a ‘pot-follows-member’ system; this measure does exactly what it says on the tin.

But only in the last year have new rules come into effect that would force pension funds to disclose a much more realistic projection of future performance on investments.

The unfeasible growth levels of 5, 7 and 9 per cent were scrapped in favour of 2, 5 and 8 per cent – that meant the average projection would drop from 7 to 5 per cent in forecasts.

Providers said this could risk ‘undervaluing’ future returns but some critics are happy to refer back to Kylie’s golden era by saying ‘you should be so lucky’.

Should clients be made aware of the full spectrum of future performance, with the chance that they’ll be pleasantly surprised if things turn out better than expected?

Last week, I met with Joanna Hall, who works for a niche company called eValue, which provides technology tools to financial advisers. This company seeks to provide insights into the future performance of pension funds, among others, and give a more comprehensive view of where the investments are headed.

She pointed out that the decision to lower projections from an average return of 7 per cent to 5 per cent should have been the catalyst for a much more honest conversation about how pension funds are likely to perform.

This is all the more important when you consider a downright ridiculous missive issued by advisory group deVere this week.

The firm recommended that a 30 year old on an average wage of roughly £26,000 should save more than £800 a month into a pension. Yes, you read that right.

That is the saving commitment that would be necessary for a worker to stop working at 65, the current default retirement age, on at least three quarters of their previous earnings – the optimum target in the pension industry, according to the firm.

Any financial expert will tell you that saving should be top of everyone’s agenda. Countless pieces of research tell us that an ageing population and strained government budgets could be a timebomb for our generation when we come to retire. We can fight the risks by working longer – most of us will enjoy good health to fulfil that promise – and by saving prudently for the future. But most of us would do well to remember Tesco’s advertising slogan. Even a little, every month, will make a huge difference without compromising our ability to save for more short-term goals, such as a house deposit or marriage. And it all depends on the contribution terms offered by our employer and whether we have debts – something that this advice does not reflect.

The figure also does not account for any other type of legitimate saving that a 30 year old worker may be engaging in. So if are saving decent chucks of your income in a tax-free Isa, you can afford to treat this advice with a fair pinch of salt. I still meet young people who have been told to get a pension at a young age but don’t save into an Isa. Why would a young person jump the gun, picking the most rigid savings vehicle above any other, without considering how they’ll access funds for their most immediate needs? It can be down to well-meaning but ultimately misguided advice like this.

DeVere makes regular appearances in the ‘out-of-touch’ pensions advice sphere. The firm produced another classic of the genre last year, namely a press release which discussed what financial advice millionaires would give to younger generations. The number one piece of wisdom was – you guessed it – save for a retirement rather than save for a home. Whilst I’m sure the participants in DeVere’s survey had good intentions, the resulting press release was stunningly misjudged. These considerably wealthy people were seen to be lecturing to the rest of the population about they should manage their financial affairs, or older people lording it over the young.

Pensions have a vital role in a considered and rounded savings strategy, but we must encourage young people to have a feasible plan, not be daunted or demoralised by fantastical goals.

I’ll be talking about the value of saving and the fantastic correspondence I received as a result of my recent appearance on Channel 4 News – watch this space. 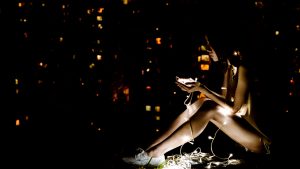 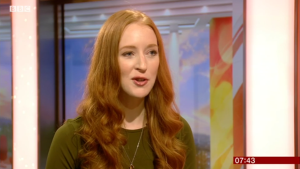 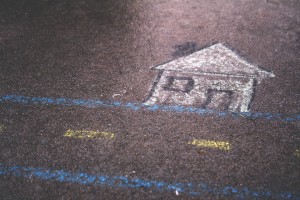