How competitive thrifting saved me £719.76 in one go

As a freelance journalist, I’m very used to scanning the “Money In” margin of my online bank statement.

But I have to admit that I’ve been getting a bit rusty at checking the old “Money Out” column.

I’ve always assumed that I’m preternaturally thrifty and that I could never spend too much in one go without balking. However, that has not necessarily stopped me from making small purchases here and there, signing up to seemingly affordable subscriptions and sometimes letting my emotions get the better of me when it comes to splashing out. It all adds up.

I’ve managed to get away with it up to now because my spending has been restricted to a few areas, it’s never been Kardashian-esque and my outgoings have covered what I’d spent, with a noble amount left over to put into savings. That’s why I don’t beat myself up about it – whenever my bank balance is, well, a bit less carefully balanced than usual, I put it down to my savings fetish as well as the vicissitudes of freelance life.

But just because you’ve got a safety net doesn’t mean you should tempt fate, and freelance issues are all the more reason why you should keep a beady eye on the outgoings. This is easier said than done and sometimes you need an even bigger reason to take stock.

My big reason starts with M and ends with ORTGAGE. As part of a family project, I have a large stake in a new home on the coast at Kent, which I hope I can tell you more about in subsequent blogs. It’s tremendously exciting but it don’t come cheap. As well as taking on a proportion of the mortgage payments, I will have to help foot the cost for serious renovations, which include but aren’t restricted to a new kitchen and boiler, erecting a vestibule, re-wiring, new flooring and patching up walls throughout. Phew.

I have had to pay a mortgage before, and since I did it in fairly quick time (and still managed to save a bit on top), perhaps I became…I dunno…a tad complacent? And apart from anything, I’ve actually written a whole damn book on the subject living in a thrifty and happy way – what’s the point if I don’t practice what I preach?

So I’m looking at my finances in a new light. And so is my Dad. Newly retired from a ridiculously long career in journalism, he is helping *substantially* in getting the Kent property in good shape. He has a decent pension but that’s no reason not to scrutinise his outgoings, and he told me over the phone that he had managed to save £500 by shifting his broadband and TV to a new provider. Pretty amazing.

Anyone who knows me well can vouch for the fact that I have an illness. It’s called ultra-competitiveness. I can’t help it, there’s nothing I can do about it, and it kicked in today when I decided to take a leaf out of his book and see whether I could save even MORE money.

We’ve decided to call it competitive thrifting and it’s actually rather fun (particularly if you’re a weirdo like me).

I ran the rule over my spending this morning and this is what I discovered;

I can’t believe how much money I’ve managed to save with a few phone calls and emails. All these cases made me realise that there’s always a better way to do things if you step back and think intelligently. For instance, I’m aiming to become a savvier food shopper over the next few months and see whether I could save some money by planning ahead more. When it comes to exercise, I’ve decided to start walking outdoors more. Over the weekend, I went to the Isle of Sheppey and had the most incredible time (more anon).

But there are other areas for improvement. My beauty bill is higher than I’d like it to be; about £34 last month. I’m not sure if that’s exceptional or not but over the year, that could amount to £414.84 a year, which seems like a lotta unnecessary dough. So I’d like to try and use up the products I have and chillax a lot more about how I look, because that’s the key to avoiding impulsive trips to Superdrug to “fix” a problem when it always goes away pretty quickly of its own accord (in my experience!)

Ditto, I am quite amazed at how much “going out” (read alcohol) can cost without you realising it. So I’m planning to go teetotal for the time being because I’m pretty convinced that my health, mind AND bank balance will all thank me for it. It doesn’t mean I avoid social situations, but perhaps a bit less mindless pubbage and a bit more meaningful time spent elsewhere wouldn’t go amiss.

I will let you know if I managed to save any more cash as I embark on this exercise and hope to report even greater success in the future (while still remaining happy, contented Iona).

In the meantime, let me know if you’ve started competitive thrifting and if you can beat my £700 or so quid!

And if you’d like more advice on how to save money, here’s my lovely book all about it (for only £4.95!)

UPDATE: My dad also cancelled his gym membership…the race is on! 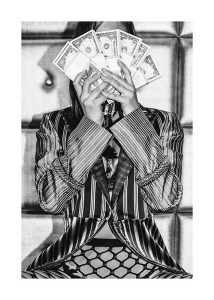 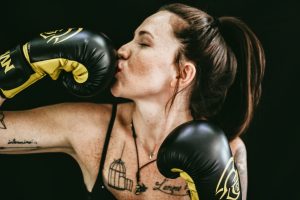 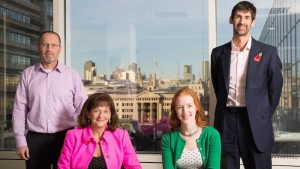